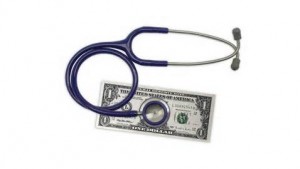 The Affordable Care Act might have some good results. After all, nothing so multitudinous could be unilaterally bad. Certainly it will “Europeanize” American health care systems; and as American health care has long been criticized for being distinctly unlike most developed countries — which is assumed to be a bad thing — that means that Obamacare might count as some step towards advancement, or at least some step in the march of inevitability. Job seekers will learn to work around it.

But for job seekers who are seeking the fewer jobs out there, as businesses cope to shore up their share in making Obamacare work, how much gratitude must we feel for this beast? What are its hidden ramifications?

One of them apparently is a great incitement for hospitals to merge, which they’ve been doing at a rate excessive of everything we’ve seen since the fervor of the 1990s. Hospitals to compete in this new game have to be large and in charge, which is leading towards merger fever. Community Health System of Tennessee and Health Management Associates of Florida, for instance, have merged with a $7.6 billion deal, and Booz & Company, a consulting firm, has predicted that 1,000 of the 5,000 hospitals might seek mergers in the next seven years.

This means ultimately higher costs and a prospect that looks a lot more like socialized medicine.

“The rhetoric is all about efficiency,” said Karen Ignagni, chief executive of America’s Health Insurance Plans. “The reality is all about higher prices.”

“There’s immense logical for them to become large super-regional systems, even some national systems,” as David Johnson, a managing director for BMO Capital Markets. Merging lets them increase their standing with insurers.

Whenever considering a new legislation that “helps everybody” we must always remember the moral lessons of fairy tales: if it sounds too good to be true, it is, because everything has its price, and somebody always pays, and chances are, in the end, that person will be you. So far health care reform as it has taken shape under Obama as a unilateral involuntary program that everybody must participate in has many omens of unnecessarily hiking of prices for all involved. For job seekers seeking a job that gives them the coverage they need, they must expect fewer jobs to choose from along the way, making the actual procurement of the health care they want less likely.

New Jersey-New York Region Shedding Pharma Jobs
Let’s Get Social
Feel like getting in touch or staying up to date with our latest news and updates?
Related Posts
Latest In Work Relationships
BCG FEATURED JOB