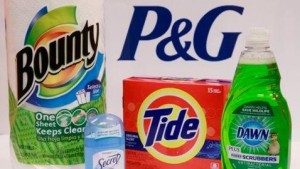 In a report from the Chicago Tribune, Procter & Gamble announced that it is planning to cut more of its non-manufacturing jobs through the year 2016 to go along with the 10 percent cuts of the same workforce by the time June ends. The company said that it might increase stock repurchases from $4 billion to $6 billion.

“The reality is that the pace of our disruptive innovation has slowed over the past decade,” said Jorge Mesquita, P&G’s group president of new business creation and innovation and global pet care.

Procter & Gamble did not provide an outline of where the jobs would be cut but said that it is going to try to cut positions in developed market instead of cutting jobs in developing markets, where the company has “significant growth opportunity,” according to Chief Financial Officer John Moeller.

“We realize that we can’t get the next round of productivity just from squeezing harder, we need to really look at our organization’s design,” he said, while also saying that the company would keep a strong presence in Cincinnati.

Procter & Gamble’s largest competitors, Kimberly-Clark Corp and Colgate-Palmolive Co, are cutting jobs as well. Industry experts have offered suggestions that Procter & Gamble split its company into two groups. The one group would cover beauty products and the other group would cover paper goods, diapers and detergent. The company continues to claim that its scale, which has two dozen brands, is its advantage in the market.

In the meeting, Procter & Gamble said that it has seen success in emerging markets, such as the one in India, where it began selling diapers five years ago. The company said that they have witnessed an increase of fivefold in that market.

The company announced back in February that it planned to cut $10 billion in costs over a period of five years, with $6 billion of that cut coming from cost of goods. Procter & Gamble said that it wants to deliver an annual improvement of five percent for the manufacturing side of the company, which would be measured by the number of product cases produced per person each year. The company said that it is expecting organic sales, divestitures and foreign exchange to increase to one to three percent in the quarter and then two to four percent in the year.

New Study Finds What the Recession has Done to Our Happiness