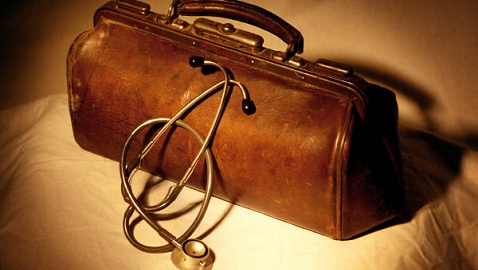 A cardiologist brought legal action against a hospital and twelve of its physicians. He claims he had his medical-staff privileges revoked due to race discrimination and retaliation. A Board of Directors stated, in contrast, that it was due to poor patient care, improper medical documentation and unprofessional behavior.

The man, an African-American, began working at Jefferson Regional Medical Center (JRMC) in Arkansas in 2003. The years 2004-2006 saw a series of disputes between the doctor and JRMC staff, with the staff alleging that he made profane, derogatory and sexually-offensive comments. A nurse cited “hostile and abusive language,” an administrative employee said that the cardiologist had called him an “idiot,” and seven other employees complained of inappropriate language. A patient’s family member even claimed that the doctor was discourteous to nurses on the floor. The man later admitted in court that he used profanity with the staff.

There were also reports of threats and intimidation, including his alleged statement that “he was going to make bad things happen” and, in response to another doctor saying that he was fine, declaring that he “[wouldn’t] be for long.” A hospital committee which reviews medical-staff privileges investigated the doctor’s conduct. It initiated a “corrective action plan,” specifying that he cease his offensive remarks and reputed intimidation and threats. The plan also required accurate records, quick response calls to staff, random drug tests and anger management courses.

A second investigation by an ad hoc committee considered reports that questioned the cardiologist’s care of patients. One indicated a higher percentage of medical-record deficiencies than other doctors in an eight-month period, and diagnostic-only catheterizations comprising a higher percentage of his cardiology procedures than others. The man received a 14-day suspension, and his medical-staff privileges were ultimately revoked.

The cardiologist filed a lawsuit, claiming race discrimination, retaliation, conspiracy to violate civil rights, violation of due process and tortious interference with a business expectancy. The hospital responded with a series of motions for summary judgment, which were eventually granted on all claims. The plaintiff’s motion for a continuance was denied.

The man appealed the verdict on the first three claims only. He attempted to show that three non-African-American physicians behaved inappropriately, but couldn’t prove that they were “similarly situated.” Eleven affidavits supporting his argument were vague – four of them merely stating that “other physicians” weren’t disciplined for improper conduct – and mentioned nothing of patient care or medical-record maintenance, which were two additional reasons for the revocation.

Likewise, the plaintiff was unable to show that the disciplinary action with regards to his behavior and policy violations was racially motivated, which was the same reason for the dismissal of the conspiracy claim. His retaliation claim – he alleges that he engaged in protected activity by “[sending] his concerns” about doctors’ bias and racial discrimination – failed because, even if he did engage in protected activity, he hadn’t established a link between said action and the committee’s decision. Appellate judges affirmed the district court’s ruling.