Home  » Were Disparaging Remarks Made to the Press Protected by the First Amendment? 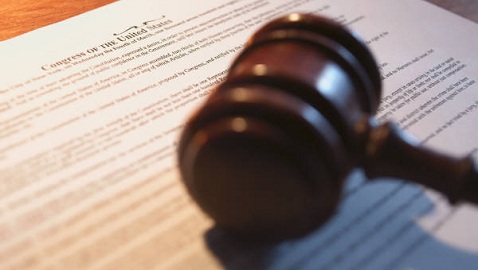 A former employee of the Michigan Gaming Control Board (MGCB) initiated legal action, alleging that his firing was in retaliation for exercising his First Amendment rights and rights to due process. The district court ruled in favor of the defendants, while the appeals court reversed the decision – but only part of it.

The man filed two whistleblower lawsuits in 2008 – one to compel the Michigan Attorney General to enforce state liquor laws against Native American tribal casinos, and the other alleging that the Michigan Civil Service Commission (MCSC), the Michigan Department of Treasury and the MGCB had not complied with their constitutional mandate to assess all probable candidates for employment based solely on merit.

Both cases were granted summary disposition, which is similar to summary judgment but without the court rendering a legal opinion. Meanwhile, the man followed the lawsuits by making two statements in local newspapers, in which he allegedly called the Attorney General a “deadbeat” and accused the Attorney General of not enforcing Michigan’s liquor laws against tribal casinos. He was subsequently placed on paid suspension and sent a letter requesting that he appear in front of the MGCB for questioning with regard to the comments made to the press.

At a disciplinary conference, he was given a Notice of Dismissal and was discharged from his position. He filed a grievance with the MCSC, alleging a violation of civil service rules and seeking relief in the form of reinstatement and back pay, or front pay from his termination due to his planned retirement. The MCSC denied his grievance.

He filed suit in federal court, claiming violations of the First Amendment, age discrimination in violation of state laws and a violation of his due process rights. He sought injunctive and monetary relief. The district court dismissed the age discrimination claims and later dismissed the remaining counts, stating that the MCSC has “exclusive power” for deciding on issues pertaining to the plaintiff’s lawsuit. On appeal, the case was vacated and remanded, as the district court’s dismissal was based on an abstention doctrine – one that allows a court to refuse to hear a case.

The plaintiff then made a motion for default judgment, alleging that the defendants had not filed an answer within 14 days of the appeals court’s decision, but the motion was denied. His amended complaint made a jury demand and sought compensatory and punitive damages, as well as injunctive relief. The defendants’ motion to dismiss was granted, the district court this time citing two additional abstention doctrines.

Appellate judges once again disagreed on the district court’s reason for dismissal. They did not believe that the man’s claims would raise “difficult questions of state law,” particularly since his allegations addressed constitutional laws – the First Amendment and the Due Process Clause of the Fourteenth Amendment. According to the judges, the MCSC doesn’t have the authority to hear grievances relating to these Amendments. The appeals court again reversed the district court’s dismissal of the plaintiff’s complaint and remanded the case for further proceedings, while the denial of the plaintiff’s motion for default judgment was affirmed.

Were Disparaging Remarks Made to the Press Protected by the First Amendment? by Harrison Barnes
Tags: bill of rights, due process, employment termination, freedom of speech, lawsuit, retaliation
Tweet Like Plus Pin It Share