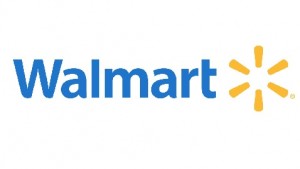 One favorite strategy in capitalism is to pay according to a pyramid structure. The lowest workers, who do most of the work, which, albeit unskilled, lifts the entire company on it shoulders, get paid minimum wage, whereas the CEO’s and CFO’s get paid upwards from $10 to $20 million. Is this fair? Under our current laws, it is currently fair, and as McDonald’s strikers learned: it is difficult to strike as an unskilled laborer.

McDonald’s workers have spent all summer striking for a $15 minimum wage instead of the $7.40 standby.

Other companies that have swollen into empires over this pyramidal construction include Wal-Mart, which many take to be the paragon of evil big-business, and also the most successful retailer of all time. Target, TJX Companies, Macy’s Olive Garden, Sears, Yum! Brands Foods (Taco Bell, Pizza Hut), and McDonalds, or course, all hire out a wide range of quickly trained underworkers, who are readily replaceable, with a few managers to keep them in place. The disparity between how much a burger flipper makes, and how much the head CEO makes is astounding. The burger flipper lives in what the government defines as poverty. The head CEO makes over $10 million annually, or, like Michael Duke and Howard Shultz, CEO’s of Wal-Mart and Starbucks, over $20 million dollars.

Is this the best way to run a business? They certainly are popular and successful business fronts. Whatever the case, job seekers are advised to avoid such places. For though my own four years at Starbucks was enjoyable, it gave me no skills transferable to my next job, except customer service friendliness.

Those of us in the job market might have to in fact to such a job, and that case, the advice is to make the most of it, make a challenge of it. Coming out of my shell at Starbucks converted me to a man too shy to talk to strangers to a man willing to engage in conversation with anybody. Wherever we go, there we can learn.

North Dakota Struggling to Fill Thousands of Open Jobs
Let’s Get Social
Feel like getting in touch or staying up to date with our latest news and updates?
Related Posts
Latest In Work Relationships