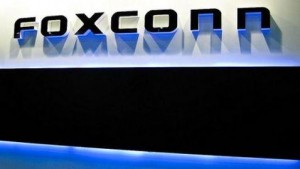 On Tuesday morning a statement was released by Foxconn, the manufacturer based in Taiwan, said that there were students under the age of 16 who took part in the company’s summer internship program. According to Foxconn, the underage students worked at the factory in the city of Yantai in eastern China. Foxconn has repeatedly been accused of poor employee conditions in the past, according to BBC News.

Foxconn is known for manufacturing the Apple iPhone and iPad but it also manufactures products for other companies, including Hewlett-Packard and Microsoft.

“We recognise that full responsibility for these violations rests with our company and we have apologised to each of the students for our role in this action,” Foxconn said in the statement. “Any Foxconn employee found, through our investigation, to be responsible for these violations will have their employment immediately terminated.”

Chinese media reports and China Labor Watch, a campaign group based in the United States, caused the company to launch an internal investigation into the accusations of underage interns working at Foxconn. Foxconn still claims that it is trying to figure out how the underage interns were able to obtain employment at the factory.

In a statement from China Labor Watch the group said, “The under-age interns were mainly sent to Foxconn by schools, but Foxconn did not check the IDs of these young interns. The schools involved in this incident should take [main responsibility], but Foxconn is also culpable for not confirming the ages of their workers. China Labor Watch calls on the Chinese government to improve the current intern system of Chinese schools.”

The regional editor for China at Economist Intelligence Unit, Duncan Innes-Ker, said that fake IDs are just part of the issue.

“The market for relatively unskilled labour in China has been tightening, and now there is even more incentive for companies to relax their standards, so they try and fill up their work spaces,” Innes-Ker said. “Companies do have a responsibility to check with the people that they are hiring are above that age. The difficulty is the enforcement of regulation which in China has been a grey area for a number of years.”

Recently, Foxconn has been working towards improving its employment standards so that its impression changes to a positive one across the globe.

“Foxconn produces goods for a lot of different companies, and there’s been no direct linkage in this particular case to producing Apple products,” said Innes-Ker. “But I think Apple certainly has been putting more pressure on Foxconn to raise its standards, because whenever a story comes out that involves Foxconn, it’s inevitable that Apple gets linked with it. That’s one of the reasons we’re seeing more news coming out about Foxconn working towards this goal, improving its labour standards.”

Minimum Wage Strikers May Be Wrong

Oracle Moving Jobs from Mexico to Oregon
Let’s Get Social
Feel like getting in touch or staying up to date with our latest news and updates?
Related Posts
Latest In Work Relationships