Home  » Calling In Sick? Here Are Some Excuses Other Employees Have Tried 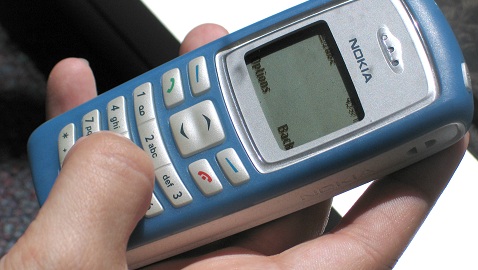 Some days you just don’t want to be at work. So you take a sick day. But what’s the reason for calling in? A recent survey posted on CareerBuilder’s website asked employers and employees alike about some of the more popular excuses, as well as the legitimate cause for missing work.

Employers have heard all types of reasons to explain absences. One employer had been told that a worker couldn’t make it to the office because the car wouldn’t start, putting the blame on a sobriety tool. Another employee claimed that a nervous breakdown was preventing her from making it to work – a nervous breakdown that her dog was having. Others missed work for more practical reasons – getting a toe lodged in a faucet, being bitten by a bird or saving money by dying her hair on her own and inadvertently turning her hair orange.

Reading can evidently be the cause for staying home; one employee read so much it made him sick. Another worker avoided reading a book and watched The Hunger Games movie instead, but she was so distraught afterwards that she called in sick. Family can be a factor as well. An employee blamed his grandmother – she had already died, but the police were exhuming her body. One worker attributed the absence to a broken heart, and another quite simply had forgotten that he’d even been hired for the job.

According to the study, 31 percent of employers noted that most of the sick days tend to happen around the winter holiday season. Not surprisingly, December is the most prevalent month for absences, with one-fifth of the survey participants claiming that month as having the most people calling in sick. Coming in next was the month of July – for people who enjoy sunny weather – with January and February also popular choices – for those who are still recovering from the holidays.

Though it may be hard to believe, sometimes when an employee calls in sick, he really is sick. The most common excuse for employees who participated in the study? Legitimate sickness. Thirty-four percent said that they’ll call in if they would rather not be at work, and 29 percent cited a need for relaxation. Other workers skipped a day at work for running errands, making a doctor’s appointment or going back to bed and sleeping some more.

But employees should be wary. Some bosses are looking for confirmation. They might ask for a doctor’s note or call the absent worker sometime in the afternoon. Eighteen percent of employers asked co-workers to call the employee at hom, while 14 percent have taken a step further – driving to the employee’s house. Seventeen percent of employers have terminated a worker after learning that the person who called in sick had been less than truthful.

Harris Interactive conducted the online survey from August 13 to September 6, 2012, on CareerBuilder’s behalf. Among the participants were 2,494 hiring managers and HR professionals and 3,976 full-time U.S. employees, 18 or older, all from varying companies and industries.

Calling In Sick? Here Are Some Excuses Other Employees Have Tried by Harrison Barnes
Tags: employee survey, sick days, study
Tweet Like Plus Pin It Share