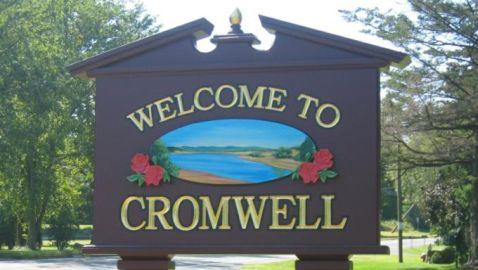 The director of human resources for Cromwell, Connecticut was disciplined after an incident with the chairman of the Senior Services Committee. The director, Theresa Strong, is going to appeal the issue. She was sentenced to a one-day suspension without pay after a dispute involving James Gere. Gere is the former superintendent of schools who now is the chair of the advisory committee. According to Vincent Sabatini, the attorney for Strong, said that the suspension is in abeyance right now.

Strong was issued suspension without pay for “unsatisfactory job performance.” The suspension comes at a time where Strong and members of the senior services unit continue to conflict with each other. The issues date back to the fall of 2011, according to The Middletown Press.

A report sent to First Selectman Mertie L. Terry, Director of Human Resources Thomas A. Roohr said there is “an unacceptable level of tension in the senior center and with the commission.”

Sabatini said, “We have reviewed the finding by the human resources director and the first selectwoman and we have sent a notice to her and the members of the Board of Selectmen that we are appealing that finding.” Strong filed a complaint that alleges the creation of “an unhealthy work environment” by members of the commission. The complaint was dismissed by Roohr as unfounded. Roohr’s report also mentions that “numerous complaints” were filed against Strong by four unnamed people.

Strong complained back in August that there was “borderline harassment” by Gere and Selectman Allan Spotts. She also accused both of them and co-chair of the commission, Mary Konopka, of ‘screaming’ at her. That complaint was deemed unfounded by Roohr. Roohr has said that some members of the commission think that they have administrative authority over Strong, which is not correct. Roohr has asked for a legal opinion from Kari Olson, the Town Attorney, to “correct misconceptions” about the role of the commission.

Sabatini then requested a cease and desist on October 12 against Roohr and Gere. He asked that the men stop issuing “false, defamatory and baseless accusations” against Strong. Sabatini said that Strong has work for the city since 1988 in various positions and had an “exemplary record” until Fall of 2011. This is when the accusations, which led to a police investigation, began against Strong. Sabatini claims that they were levied by Roohr, Terry and Gere.

A disagreement between Gere and Strong occurred in September, which brought on a formal complaint against Strong. In the complaint, Gere said Strong was “rude, hostile and disrespectful to him” when he spoke to Strong about an issue that needed to be addressed by the commission.

Roohr said, “It must be noted that Ms. Strong in her written report, did not describe Mr. Gere’s behavior as aggressive or intimidating.” Cathy Jackson, the senior center assistant, reportedly sent an email according to Roohr. Roohr said the email “an unsolicited email expressing, among other things that Mr. Gere was upset and spoke in a loud and forceful voice and was trying to intimidate Ms. Strong.”

According to Roohr, Strong used “poor judgment in refusing to have a meeting with Gere. This is the very type of conduct and reaction that we have been addressing.”

“It’s all baseless. It’s not justified and it the truth will come out at the appeal,” Sabatini said.

Roohr has recommend that instead of serving the suspension, Strong should “receive clear instruction about the severity of the disciplinary action and that she be informed that her conduct was unacceptable and unprofessional. Strong be put on notice in writing that going forward she will be held fully responsible for maintaining a professional courteous and welcoming environment in the senior center and with the senior services commission and that any credible complaint of rude, disrespectful, unprofessional or inappropriate behavior against her or any member of her staff, will be viewed as a failure to this responsibility. A failure may result in further, more severe disciplinary action that could include a more lengthy unpaid suspension and/or termination.”

6 Ways to Make Your Employees Happier
Let’s Get Social
Feel like getting in touch or staying up to date with our latest news and updates?
Related Posts
Latest In Work Relationships