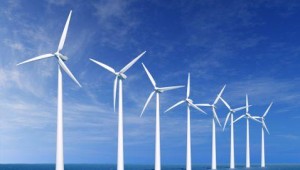 The Pioneer Press reported that the number of clean energy sector jobs has begun to decrease as time ticks down on the federal tax credit that very well could help revive the job growth within the sector. The third quarter ended on September 30 and the data released shows that there were just over 10,800 jobs in the clean energy sector and other industries. The data was released by the Environmental Entrepreneurs, which is a group of 800 leaders supporting green energy.

According to the report, the state of Minnesota produced the eighth largest amount of jobs in the third quarter by adding 390 jobs. The report said that the states of California, New York and Oregon were at the top of the list for having green jobs. The state of Minnesota lost jobs in the third quarter too as WindLogics Inc. cut 10 employees from its workforce of 52. The company is located in St. Paul and it aides developers in finding the best areas for creating wind farms.

On December 31, the federal production tax credit for projects related to wind energy will expire. The executive director for Environmental Entrepreneurs, Judith Albert, said that there were no new wind projects at all in the entire country during the third quarter. Albert said that the lack of new projects caused a ripple effect throughout the industry. Because of the lack of new projects, there were no new orders placed for wind turbine parts or other equipment.

Jacob Susman, the founder and CEO of OwnEnergy, said that the industry is going to ask for a one-year stopgap extension for the tax credit for the year 2013. This would enable Congress to find a better long-term solution. Susman said that should the industry receive an extension from Congress it would take developers quite a few months to get back on track.

“If we’re going to avoid falling off the jobs cliff, we need to get going with extending the PTC, pronto,” he said.

The Senate, controlled by the Democrats, already passed a bill for a one-year extension but no such legislation has been passed in the House of Representatives yet. President Barack Obama has offered support for an extension to the credit.

Hostess to Reopen, Hiring a Large Set of Fresh Workers
Let’s Get Social
Feel like getting in touch or staying up to date with our latest news and updates?
Related Posts
Latest In Work Relationships