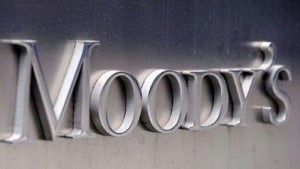 ADP has announced that it has started a partnership with Moody’s Analytics and Moody’s chief economist Mark Zandi when producing monthly ADP National Employment Reports. ADP was previously in a partnership with chairman Joel Prakken and Macroeconomic Advisers. The new partnership will increase the amount of companies sampled in the reports to 406,000 to 344,000. The amount of employees sampled will increase to 23 million from 21 million. Those numbers equate to 20 percent of the private sector employees in the United States.

“It’s a bigger set of companies, and I think that will help improve the estimate,” Zandi said. Zandi was interviewed by Accounting Today over the phone. “The second big methodological change is we’re going to be pulling data every week as opposed to every other week. This allows us to have more timely information and data.”

Zandi said during the interview that he thinks the estimate from ADP will be closer to the data released by the Bureau of Labor Statistics. “The BLS produces an estimate and then revises it subsequently in the following two months. The reason why they have revisions is because only 70 percent of companies report by the time they do the first release. We’re going to be able to pick up most of that, so our number is going to be a closer representation of what’s truly going on in the job market. Then the third big methodological change is that we are expanding the number of industries that are included in the report and the number of size classes that are included in the report. Regarding the size classes, we are going from measuring jobs based on establishments to jobs based on companies. This is a big change and gives us a better sense of what’s going on across big and small companies.”

Zandi said that he will use the data from ADP for analysis he works on at Moody’s. “I’m very excited to learn more about what’s going on in the job market, and in regard to human capital more broadly, because of our partnership with ADP. I think this is the first step towards getting a better understanding of all kinds of human resources questions, regarding wages and hiring patterns and benefits and health care issues. I’m like a kid in a candy store.”

Market Dips After Syria Strike Became Doubtful
Let’s Get Social
Feel like getting in touch or staying up to date with our latest news and updates?
Related Posts
Latest In Work Relationships