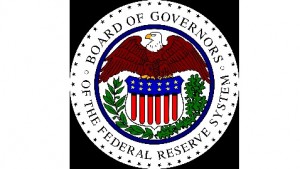 In 2008, U.S. national banks let the nation down and caused the financial crisis that spelled the greatest economic disaster since the great Depression. The Federal Reserve has said Tuesday it will raise the amount of capital big banks must hold to prevent such a crisis from happening again. It ain’t Laissez Fairre, but perhaps banks have proven they don’t know their own business. After all, these same banks had to be “bailed out,” with such giants as JPMorgan Chase, Goldman Sachs, Citigroup, Bank of America, and Wells Fargo both causing all our problems and getting money to help stabilize them. Indeed, what about the rest of us?

The new requirements pertain mostly to four basic rules. One of these rules says that the banks must maintain a level of high-quality capital at about 4.5 percent of their loans. They can’t loan more than that, in case the loans go bad, as they did in 2008.

In fact, most big banks have already learned their lesson, and have adjusted their limits in this regard. The changes will expect the 19 largest banks to adjust their practices by January 1, and the remaining banks will have to adjust within a year. Such stipulations, or government controls, over private business, are attempts to regulate the industry politically – a practice that has always had its critics. Will it be better for jobs, or worse? The idea is that we can’t endure such wide-spectrum tragedies again, and must insulate the systems from such shocks.

NASA to Cut Jobs at Glenn Research Center
Let’s Get Social
Feel like getting in touch or staying up to date with our latest news and updates?
Related Posts
Latest In Work Relationships