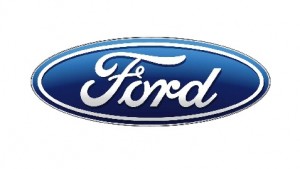 Not all is dismal in D-town, despite Detroit’s momentous decision to declare bankruptcy. Automakers still are doing alright for themselves – not all is lost. Ford, for instance, is rocking it out, and hiring. To keep up with Fusion production, they are hiring 400 new workers for their Flat Rock Assembly Plant. Though the plant normally focuses on Mustangs, it’s bringing on board some extra to keep up with the heightened demand for Ford Fusions.

And not only that, but Ford’s place in the electrified vehicle market in the U.S. has gone from 4 percent in the first half of 2012 to 16 percent in 2013, while competitor Toyota is down 8 points.

Though there have been some complaints about their Hybrids, such as the advertised 47 mpg wasn’t exactly so, the vehicles are nevertheless a hot selling ticket, and Ford is offering vehicle tweaks to get them to advertised levels of efficiency. This means more work, more hiring for Ford as well.

Meanwhile, Ford is looking to hire 500 more electrification engineers, to fill out their team by 50 percent, with $50 million pumped into product development in Dearborn. Some of this is good news for D-town, which otherwise is seeing bleak days. All is not lost. Things get better. Just gotta hold in there.

Jobs Added in Month of January
Let’s Get Social
Feel like getting in touch or staying up to date with our latest news and updates?
Related Posts
Latest In Work Relationships