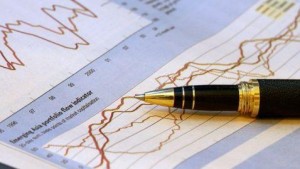 City and county governments in Florida could have to spend $2 million in incentive packages in order to persuade financial services firms to bring 1,000 jobs with above average pay to Hillsborough County, according to the Tampa Bay Times.

On Thursday of this week, the Hillsborough County Commission and the Tampa City Council are scheduled to consider offering cash incentives to Digital Risk LLC and the Depository Trust & Clearing Corporation.

Rick Homans, the Economic Development Corp. president for Tampa Hillsborough, said in a statement that an expansion of Depository Trust’s operations in the area would include “high-level managerial and technology positions.” He also said that Digital Risk is looking into a move to the area and the company would be a ‘welcome addition’ to the area’s economy. Homans said that if that the incentives, “if approved, will help us compete for those jobs.”

Depository Trust is headquartered in New York and is planning to create at least 255 jobs in Jersey City, New Jersey or Tampa. Following the terrorist attacks of September 11, 2001, the company expanded for the first time into Tampa. In Wall Street trading, the company processes close to $1 trillion per day.

Should Depository Trust expand into Florida it would be expected to create jobs that pay an average salary of $81,110 annually, which is twice the average salary in the state. The total number of employees for the company in the area would increase from 530 to close to 800. The company also noted that it would invest $4.8 billion at its location by the time 2013 comes to a close.

Digital Risk operates it headquarters close to Orlando but said that it could create 600 new jobs that average close to $50,000 per year in an area still not disclosed near downtown Tampa. The company signed a deal to receive state incentives. It said that it would create 1,000 jobs in cities all over Florida. As of right now, 420 of those jobs have been created in Boca Raton and Jacksonville.

As we mentioned earlier in the article, three financial services firms are considering moving jobs to Florida. The name of the third firm has yet to be publicly announced because the firm is looking for its incentives from the state’s ‘qualified target industry’ tax refund program. The firm would receive a total package from the city and county of $550,000 with $440,000 coming from the state.

Bank of America Considers Ending Overdraft Fees
Let’s Get Social
Feel like getting in touch or staying up to date with our latest news and updates?
Related Posts
Latest In Work Relationships