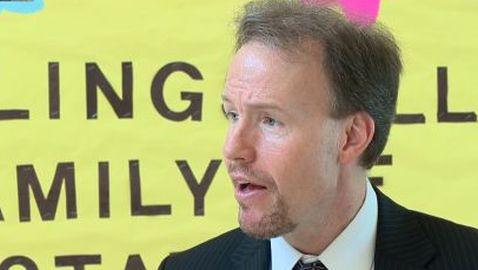 Superintendent Heath Morrison got rid of the heads of HR and communications on November 13 after consultants’ evaluations exhibited issues with both divisions, according to WCNC.

Daniel Habrat, who was the chief of HR, will exit Charlotte-Mecklenburg Schools in favor of Kelly Gwaltney.  Before the switch, Gwaltney led the east section of the district.  She used to be a mathematics educator and administrator for Mallard Creek High School.  Morrison states that Gwaltney is the ideal candidate to reestablish courage in HR and assist administration and acquire teachers for them quicker.

LaTarzja Henry, the executive director of communications, will shift into a position as an assistant to the superintendent.  There, she’ll overlook partnerships and community relations.  Kathryn Block was an administrative executive who ventured to the CMS via a Broad Foundation fellowship for administration in urban areas.  Now, she will be the chief communication officer.

The switches are just a portion of changes that will take place inside administration.  It’s taking place to help rebuild trust in the public and with employees.  It will streamline departments.

The price of these switches is undetermined but the funding will come from other departments and positions that have not been filled yet.

Morrison was appointed superintendent in the summer and summoned these studies and surveys.

Over 18,000 workers, the school system is one of the biggest in the Charlotte area.  Schooling 141,000 students and approving a $1.2 billion budget is on their agenda.

Habrat worked for Wachovia in 2011 and was responsible for improving the schools.

“In various communities inside its borders, CMS suffers from a deep level distrust of its work,” said Chairman Terry Abbott. “CMS employees and community supporters know the district enjoys a generally favorable reputation among education media throughout the country, but they agree almost universally that local media coverage of the school district is very negative.”

The major concerns found were in terms of budget cuts and ineffective communication regarding “major district wide initiatives.”  Some departments did not divulge info with the communications staff.  A mix-up regarding a technology project led to all parties puzzled at the prices and timeframes.

The findings also stated that the schools were lax in generating data and determining results of this year’s exams in North Carolina.

Morrison and the BOE discussed the findings at the meeting on Tuesday.  Also on the table will be an employee survey evaluation. 53 percent of the workers in the school systems completed the questionnaire.