Home  » Home Construction is Up: What This Means 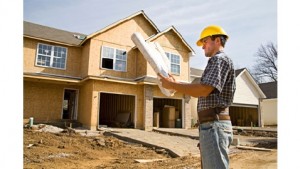 The increase in the housing market suggests that things might be a little closer to normal, a little closer to fine, after the 2008 recession, and indeed we’ve seen an overall economy annual rate growth of 2.5 percent between April and June, which is better than the mere 1.1 percent growth we saw the first three months of the year.

Overall then, increased construction is a boon for all job seekers, not just those looking to work construction, as it suggests the wheels of the economy are turning, the oil of money is spreading around, and the creaking machine will soon be back in working order – hopefully – without too many hiccups and tumbles along the way. There is, of course, the danger of over construction, and housing projects are what got us in this mess to begin with, but overall, the increased construction is good news for job seekers.

Newell Rubbermaid to Cut 1,900 Jobs Over Next 2+ Years
Let’s Get Social
Feel like getting in touch or staying up to date with our latest news and updates?
Related Posts
Latest In Work Relationships