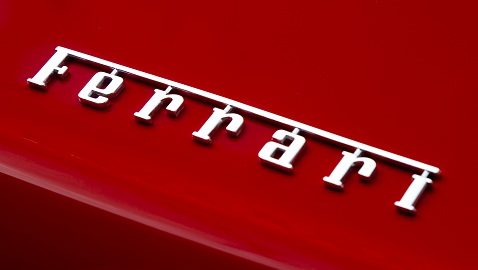 A car salesman for a Florida company made a claim of racial discrimination when his bosses wouldn’t allow him to park his Ferrari in the employee parking lot. He further asserted that his subsequent termination was retaliation for his complaints. He took his former employers to court.

The man, who is black, began working for the car lot in 2004. He owned several cars and could park them in the employee parking lot while at work, but his Ferrari was not permitted. It was not until December 2007 that he was allowed to park his Ferrari on the car lot, but he first had to sign a form to release the company of any liability associated with having the car on company property.

In November, just the month before the man signed the form, a female co-worker filed a sexual harassment complaint against him, alleging that he slapped her on the forehead and pushed her. The HR Director gave the man a written warning and stated that additional harassment could result in the loss of his job. A few months later, another female employee claimed sexual harassment, saying that he had made inappropriate remarks and phone calls. The second complaint was investigated, and the man was placed on administrative leave and later fired for violating the company’s harassment policy.

According to the plaintiff, racial slurs were used by managers at work. But he couldn’t link the alleged comments to the decision-making regarding the Ferrari parked at the lot, and some of the comments he specified did not clearly refer to his race. The man was allowed to park other vehicles, including two Mercedes-Benz cars, without signing a liability release, and because ultimately he was permitted to drive his Ferrari to work, the initial prohibition to having the Ferrari in the parking lot was not considered an adverse employment action – which would be required to prove a claim of discrimination.

With regard to the retaliation claim, the plaintiff likewise offered no direct evidence. He stated that he was innocent of the harassment complaints and that the ensuing investigation wasn’t legitimate, but he had no proof. He argued temporal proximity, that his termination and discrimination complaints were only months apart. But the second harassment claim happened after his complaints, which, according to the appeals court, seemed to support the company’s reason for firing him.

On appeal, the plaintiff challenged the district court’s determination that he’d not adequately raised a claim under the U.S. Code. But, as it utilizes the “same analytical framework” as Title VII, it would have failed for the same reasons. Federal judges’ dismissal of the case was accordingly affirmed.

Car Salesman Alleges Discrimination After He's Not Allowed to Park His Ferrari at Work by Harrison Barnes
Tags: civil rights act of 1964, employment termination, lawsuit, racial discrimination, retaliation, us court of appeals
Tweet Like Plus Pin It Share