Home  » Guess What Else Was Lost During The Recession? There Were Fewer Babies Born 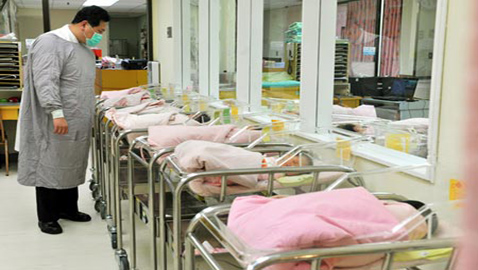 The recession cost us a lot in terms of jobs, earnings and a myriad others things, but a report reveals that the birth rate fell to its lowest since 1920, so in a sense it cost us in the number of newborns during this period.

Considering that our baby boomers will be turning 50 soon and marching towards retirement, they will be replaced by our smallest ever generation, in almost a century.

According to a report from the Pew Research Center the US birth rate was a mere 63.2 births per 1000 women of childbearing age in 2011 – less than 50 percent of the maximum birth rate achieved in 1957.

The most affected were the Mexican immigrant women who recorded the biggest drop – 23 percent more women had given birth the previous year compared to 2011.

What does this decline denote and why is it worrisome? First it reduces the social safety net. Over the next two decades every single baby boomer will be out of the workforce, retired or otherwise. That is the time when the children born today will be entering the workforce, filling the voids created by the departing baby boomers.

It is always assumed that if there is a dearth of children born to American women, it would be compensated by the births to the immigrant population. They would add the missing workers to the workforce and alleviate employment issues – but the woes this year have been further compounded by the fact that even the immigrant populations have seen huge fertility declines.

The irony is that the recession is, in part, responsible for this decline. Pew said that economic distress and financial insecurity and declining fertility rates were interlinked. Pre-recession in 2007, the births totaled 4.3 million, since then they have been declining and hit 3.95 in 2011.

Pew says that this is not a one-off phenomenon. A similar trend was seen during the Great Depression, so there is even further substantiation that the recession was the cause for the decline – it also meant that birthrates will bounce back if the economy does.

This leads to the conclusion that couples postpone raising a family, due to tough economic conditions, resulting in the decline and then, when the economy improves and there’s enough money to take care of the baby, they catch up on their fertility.

It’s hard to explain why the Hispanic and other communities, that traditionally have a higher birth rate than native American women, recorded such lows. The study’s authors say that, immigrants were particularly hard hit by the recession, they lost more jobs, they ate into their reserves and there was an overall increase in poverty – they probably decided that it was a most inopportune time to welcome a baby into this uncertain world.

Another reason that analysts gave for the decline is that the recession often meant that both the women and the men in the family had to work to put food on the table. As an ill-timed pregnancy could increase costs and decrease earnings, women preferred to defer having children, until better times.

Easy availability of contraceptives and the ability to make controlled decisions about whether to start or not to start a family, has also made it lot easier for women to make and take decisions that were not readily available to women earlier.

Modern economics have played a strong role and made it sound even more pertinent during the recession, that smaller families make a good investment and that kids are the most expensive commodity in a family’s budget – so that’s where the cuts should be made when the future is uncertain.