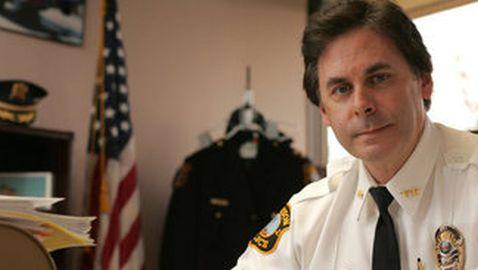 According to the Police Chief, Thomas Bryan, an internal affairs officer for the Police Department of Edison was under the command of the FBI when he gathered information on some of the other police officers, along with information on their family members and the community. The chief claims to have made the decision to speak out about the involvement of the FBI because of information that has been provided in the daily newspaper, according to The Star-Ledger.

The information in the newspaper has caused many to be critical of what is going on within the police department. Bryan said, “When an agency like the FBI comes in and asks you to cooperate, you cooperate with them.” He also said, “The officer was the liaison to the FBI. He was simply supplying information to the case agent for the work they were doing here in Edison Township.”

When contacted or commentary, a spokesperson for the FBI was unavailable to provide any information on the topic of discussion. However, court files show that the FBI chose to get involved with police officers in the Edison area because of two different police brutality cases that had taken place. The agents were reviewing these different cases to see if any violations had occurred. An investigation for one of the cases is still ongoing.

For the second case, the FBI believed that wrongdoing did not take place by the police officers because the individual was bitten by a police dog. Bryan says that he believes the FBI simply wanted to ensure that no civil rights violation was taking place. Bryan also says that he decided not to peak with The Star-Ledger about the involvement of the FBI because he did not want to cause any issues with the ongoing investigation.

However, The Star-Ledger has caused some public outcry with a story in which is speaks of a civil war between citizens of Edison and police department. In the article, a series of different lawsuits were mentioned, and the motives of the officers within the department were questioned. With so many people reading the article, criticism started to take place, and many people began questioning whether or not their police department was for or against them.

In the meantime, an Attorney General for the state, Jeffrey Chiesa, provided a statement on the Edison Police Department, in which he claims that the history of misconduct is quite long and is also very disturbing. Chiesa said, “My office continues to engage with the Middlesex County Prosecutor’s Office in ensuring that the police department, and particularly its internal affairs unit, is on the path to reform.”