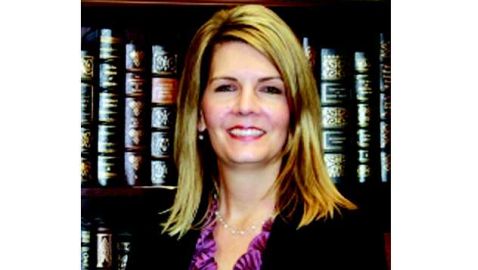 Cindy Gilleland Campbell has been named the chief operating officer for Dawson County, Georgia, according to the Gainesville Times. She was named as a county manager on Thursday night. She replaces Kevin Tanner after a unanimous vote from the Dawson County Board of Commissioners.

Tanner was elected to the state’s House of Representatives back in November. He leaves the manager’s post that he has held since January of 2008. Right now, Campbell is the county’s chief financial officer, which she has been since 2008. Earlier in 2012, Campbell worked as the county’s interim manager when Tanner needed to take a leave of absence to run for the seat in the legislature.

Campbell is the first woman to hold the position and said that she is excited for the new year and starting her new role with the county.

“I am honored, humbled and energized by the board’s confidence in me to serve as county manager,” she said. “I want county residents to know that I truly have a heart for the well-being of Dawson County and its citizens, not only for financial health, but for the quality of life of citizens as well.”

Campbell was hired by the county in 2008 as its assistant finance director and was promoted to chief financial officer by December of the same year. In the position she holds now, Campbell oversees and manages all areas of the county finances. She also oversees the human resources staff and supervises the finance and purchasing of the county.

Mike Berg, the Commission Chair, said that Campbell represents the type of employee needed for the highest nonelected position within the county.

“I feel very sure that Cindy Campbell, with her financial background and her roots in Dawson County, will make us proud,” he said.

Campbell graduated in 1990 from Dawson County High School. She earned a bachelor of business administration degree from North Georgia College & State University. She received a certified public accountant license in 2000.

“I grew up in Dawson County, and I am excited by this opportunity to serve as county manager and give back to my home town,” she said.

Berg noted that the decision was one of the hardest the board has ever had to make when it came down to choosing the right person for the job.

“We had five very capable candidates. We spent a while talking about those candidates based on their interviews, based on their body of work,” he said. “I think that the four candidates that did not get (the job) are very good employees of the county, and I hope they will continue on with their efforts to help this county and help the citizens of this county.”

6 Ways to Make Your Employees Happier
Let’s Get Social
Feel like getting in touch or staying up to date with our latest news and updates?
Related Posts
Latest In Work Relationships