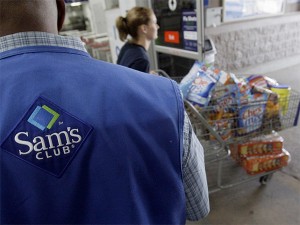 It was announced late last week that 2,300 employees will lose their jobs at the Sam’s Club division of Wal-Mart, according to The Associated Press. The middle manager ranks will be reduced in the job cuts.

The job cuts equate to two percent of the United States workforce of 116,000 employees. It is the largest number of job cuts since 2010 when Sam’s Club laid off 10,000 employees in an effort to outsource food demonstrations at stores.

A spokesman for Sam’s Club, Bill Durling, said that less than half of the cuts were for salaried assistance managers. Some hourly employees were also cut in the recent round of layoffs. Durling also noted that each store had the same number of employees cut no matter what the store’s revenue looked like.

According to Durling, employees who were cut will be paid for the next 60 days and will have time if they want to re-apply for work at other Wal-Mart stores or other operations within Sam’s Club. Once the allotted time expires, they will be paid severance.

“We’re trying to treat our associates with utmost care and respect,” he added.

Florida Department of Economic Opportunity Loses Another Exec
Let’s Get Social
Feel like getting in touch or staying up to date with our latest news and updates?
Related Posts
Latest In Work Relationships
BCG FEATURED JOB