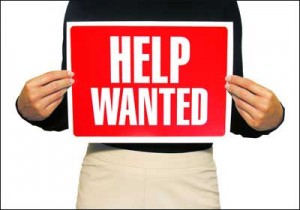 A report on the unemployment situation in the state of Minnesota says that the differences between white people and African Americans is ‘intolerable,’ according to The Forum of Fargo-Moorhead.

The report was issued by the state’s advisory committee to the United States Commission on Civil Rights. The report analyzes high unemployment rates and the effects the rates have on the minority groups within Minnesota. The report also provides solutions to those problems.

The advisory group was chaired by Nekima Levy-Pounds, a law professor from the University of St. Thomas.

“One of the challenges is that folks who are retiring are well-educated and middle class, and upper-middle class individuals,” she said. “And when we look at the current trends, we do not have enough laborers who are skilled to fill those positions.”

Minnesota has the third-highest gap in unemployment between whites and American Indians in the country, according to a study from the Economic Policy Institute. This is for the age group of 25-54.

Levy-Pounds noted that the issues could be improved by offering more business-ownership opportunities to minorities as well as adding to small government contracts.

“The studies show minority-owned businesses are more likely to hire other people of color,” she said. “So if we could increase the capacity of businesses of color to effectively compete for contracts, then there’s a greater likelihood that they would have the capacity to hire more people from within their communities.”

There were two members of the committee who rejected the report. They are Ryan M. Check from St. Louis Park and Kirk Kolbo. The two offered up challenges to conclusions made by the report about discriminatory hiring and lending policies. The two also did not agree with the recommendation to impose required policies for businesses owned by minorities that are seeking government contracts.

“Although not everyone may agree that race is a factor, it is important that we acknowledge the role that racial bias may play in fueling these intolerable disparities and be willing to have honest conversations about issues at the intersection of race and poverty,” Levy-Pounds wrote in a letter introducing the report.

Are Stores Smart to Open on Thanksgiving?
Let’s Get Social
Feel like getting in touch or staying up to date with our latest news and updates?
Related Posts
Latest In Work Relationships