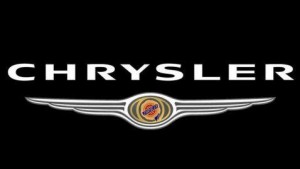 It was announced today by Chrysler that the company will invest $400 million while creating 1,250 new jobs at metal casting and transmission factories in the Kokomo, Indiana region, according to The Boston Herald.

The news was confirmed by CEO Sergio Marchionne, who said that the company is going to spend $162 million and add 850 new jobs at a former Getrag Transmission plant in Tipton. An added $212 million will be spent for brand new equipment and tools at three other factories, creating 400 new jobs.

“This is the sole region where we manufacture transmissions and – including all of the nearby facilities – it will be the largest transmission installation in the world,” Marchionne said. “I think there’s a 100% likelihood Chrysler will be ready to file for the IPO. We belong together. I’ve been working on this for four years. The financial markets clearly see value in the completion of the transaction with Fiat and Chrysler. We’ve received from a variety of sources commitments to bring that transaction to a close.”

There are three transmission plants and one metal casting plant in Kokomo. They employ close to 6,100 people. Chrysler requested property tax breaks, which were approved in December by the Kokomo City Council. The breaks are for the $212 million in equipment for its factories in the city.

Officials from Tipton County also approved a request by Chrysler on its $162 million plans to complete a factory on U.S. 31 that has always been empty. Construction on the building ended in 2008 by Getrag, a German auto parts maker.

County commissioners were told by Brian Harlow, the vice president for powertrain manucaturing at Chrysler, that the company needs more transmission factory space to deal with increasing sales. The sales for the company have grown to 1.65 million last year from 931,000 in 2009.

In the request filed by Chrysler with Kokomo, the company noted that 3,400 jobs would be retained in the city. Since Chrysler left bankruptcy in 2009, it has added 8,000 hourly jobs and invested over $5.2 billion in factories in the United States.

“We had rough times before, but nothing like that,” Jerry Price, vice president of UAW Local 685 told the Detroit Free Press. “Thank god we got a second chance.”

Jack Daniel’s Factory to Hire 90
Let’s Get Social
Feel like getting in touch or staying up to date with our latest news and updates?
Related Posts
Latest In Work Relationships