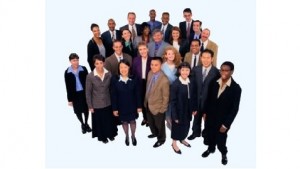 Well, prognosticators anticipated 180,000 additional jobs added this September, but we only saw 166,000, persisting the trend of small gains, as indicated in an ADP report this Wednesday. Not only that, but the August figure was demoted from 176,000 to 159,000..

How the government closing down will effect next month’s report isn’t clear yet, but with government difficulties, we’ve seen a gain in trade, transportation, and utilities by 54,000 jobs, businesses services by 27,00, construction by 16,000, but financial firms cut 4,000.

“Fiscal austerity has begun to take a toll on job creation,” said Mark Zandi, chief economist of Moody’s Analytics. “The run-up in interest rates may also be doing some damage to jobs in the financial services.” And so the government again casts a shadow on the economy, though some separation between the two correlates to economical expansion.

The Labor Department about the 180,000 job gains in its surveys, was to be released this Friday, but may be delayed due to government shutdown.

Of those businesses expanding the most, small business added 74,000, while large companies only added 64,000 and midsize 28,000. Growth in smaller markets is a nice balance to the rich-get-richer economical slant we’ve seen since the great recession of 2008.

It seems, meanwhile, that the year is finishing out less strong than anticipated.

The Top 5 Most Hired Majors

Wealth Increases for America’s Top 20 Richest
Let’s Get Social
Feel like getting in touch or staying up to date with our latest news and updates?
Related Posts
Latest In Work Relationships