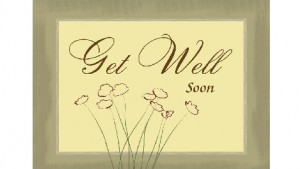 American Greetings has not been greeting so many workers into their fold. In fact, the iconic card makers have eliminated 2,100 workers between the 2012 and 2013 fiscal year. As they have 6,700 full time and 18,700 part time workers, that’s a hefty bevy of losers on the job market. Why did this happen? American Greetings decided to go private. Many of their workers were left behind looking for work.

It “is not too surprising,” said David Abate, a certified financial planner and senior wealth adviser with Strategic Wealth Partner LLC in Seven Hills, as reported by Cleveland.com. He had already stipulated that the company would make such cuts when they went private. “We’ve had some visibility into what companies are doing out there,” and he’s seen this scenario again and again.

He sees that in order to please shareholders, many publicly traded firms “are focusing their efforts more on the cost side of the equation, including reducing their workforce and demanding more productivity from those left behind.”

Fewer workers, with more work to do – an old story we are hearing everywhere: it is the way of the Great Recession. As more and more workers are given a greeting card “Wishing you well” to join the unemployment market and find new opportunities for success, their positions are not being replaced; those who remain have to pick up the extra workload.

Home Construction is Up: What This Means

Alaska Should Add Jobs in 2014
Let’s Get Social
Feel like getting in touch or staying up to date with our latest news and updates?
Related Posts
Latest In Work Relationships