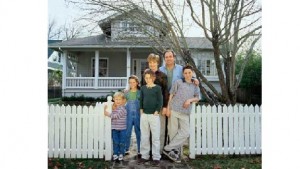 The stock market is smiling, so should we smile too? The Federal Reserve is suggesting we keep it cool: a new report on American households shows that only about 45 percent of families have regained the losses they’ve endured in private wealth during the great recession, and what’s more, most of these families are richer families, who have tapped in on the sunny times of the current stock market.

“A conclusion that the financial damage of the crisis and recession largely has been repaired is not justified,” the report said. We’ve lost a cumulative $16 trillion in the shrinking markets, and the report from the St. Louis Fed said Thursday that it’s still that way for more than half of people.

The study highlights how private wealth influences the national economy, looking beyond employment and income to household balance sheets, and this gave a clearer picture of how households are actually managing. It has discovered that households that were not well educated, relatively young, black, Hispanic, or more than one of these, had a difficult time of things, not gaining back much of their losses.

Things like the central bank’s attempt to stimulate the economy by spending $85 billion a month to lower long-term interest rates have indeed seen the stock market boom, with consumer confidence at its highest since 2008. But what this research shows is that the 1 percent drop in housing caused a decrease of 0.1 percent in spending, while an increase in 1 percent only increased spending by 0.03 percent. There are still double the foreclosures there were before the Recession, and what we’re seeing with reports like this is that the stock market itself is not a stand-alone barometer on the well-being of our economy, but looking at the private wealth of families paints a fuller picture.

Florida Unemployment Rate Hits 8.7 Percent
Let’s Get Social
Feel like getting in touch or staying up to date with our latest news and updates?
Related Posts
Latest In Work Relationships