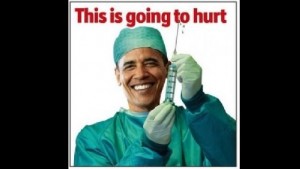 The archetypal model for U.S. Republicans is the business; the archetypal model for U.S. Democrats is the charity. Perhaps this is why nothing the Democrats do ever works. The website for what is colloquially called Obamacare, but which is also known as the Affordable Health Care plan, has received about 40,000 to enroll, a figure far short of the 500,000 anticipated to sign up by now.

Part of the problem is that Obamacare’s websites have sucked — and deplorably: they are often down, they don’t do what they are supposed to do. Job seekers looking for a way to get insurance despite being out of work will discover that getting Obamacare to work is in itself a full time job.

There is nothing wrong with charity, per se, nor with sympathy, but sympathy must balance pride, and pride only comes from achievement, not by reappropriating the money of those who earned it to force charity where none was intended. The truth of this criticism of Democratic philosophy is in the failed venture that is Obamacare, that has caused so many headaches and done so little good so far.

Were it a business, it would be bankrupt by now. As it is government, it is only hiking our deficit further and further. But such is life. We must each live our life as businessmen, for he who does not work does not eat, as a scripture said. Job seekers must be of the habit of accepting charity only if they could not do the work — find the job — on their own.