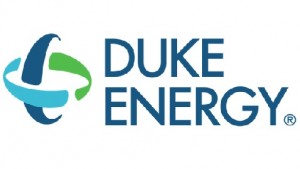 It seems a general level of incompetence is the ultimate cause for a lay off of 585 employees from Crystal River nuclear plant. Duke Energy stated they will transfer or lay off the 585 workers, as they are closing the nuclear plant. Workers cracked the 42-inch concrete containment building when they were trying to replace steam generators; attempts to repair it cracked it even worse. Ultimately, repairing it would cost $3.4 billion, which just isn’t feasible, and so they factory has been sitting idle for two and a half years, meanwhile costing the company $300 million in upkeep.

“After extensive engineering analysis and thoughtful, comprehensive review, the company determined that was in the best interest of our customers, investors, state and company to retire the Crystal River Nuclear plant,” said Duke in a letter, as reported by the Tampa Bay Times. By “retiring” the old plant, they mean, effectively, destroying it and replacing it with a natural gas plant that won’t be around till 2018 and will only employ less than 10 percent of the workers as before.

All this happened because of workers’ errors handling the concrete containment building. Maintenance and upgrades can be a tricky business, but when one’s mistakes cost a plant $3.4 billion in repairs, you’ve done more than made a small mistake: in this case it tanked the plant.

Massachusetts Could Lose 60,000 Jobs Due to Sequestration
Let’s Get Social
Feel like getting in touch or staying up to date with our latest news and updates?
Related Posts
Latest In Work Relationships