Home  » The Highest and Lowest Earners in the U.S. 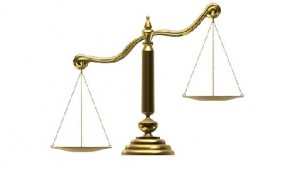 The latest from the Bureau of Labor Statistics is in, and we now know who the highest and lowest paid persons in America are. The results show that the highest paying profession in the U.S. on average is not a CEO: most of the top 15 are medical related professions, with anesthesiologists as the highest paid employees at about $111.94 per hour, or $232,830 yearly. Keep in mind that these people must complete a four-year undergraduate program, four years in med school, a year long internship, three years of residency, and then pay incredible premiums into malpractice insurance. Nevertheless, they aren’t doing so badly for themselves.

The second highest paid are general surgeons, and they make about $230,540. Obstetricians and gynecologists were the third highest paid at $216,760. The only non-medical profession to make the top 15 list was a chief executive and they earned about $176,840 per year – though U.S. McKesson’s John Hammergren earned $131 million, and there are a scattered number of such exceptions in the profession.

Meanwhile, the least paid are mostly food service jobs. 6 out of 10 of the worst paid jobs are food preparation. But the lowest paid, at $8.94 per hour, are shampooers, who make $18,600 a year. Food preparation averages about $9 an hour, and dishwashers don’t make much more. Unfortunately, two thirds of jobs added these last few years were in this lowest earning bracket.

Nevertheless, employers are hiring, and overall salaries are up from $45,230 on average to $45,790 on average as of last year, which is a little bit of sunshine for us all.

The Highest and Lowest Earners in the U.S. by Andrew Ostler
Tags: disparity in income, high earners, imbalance, low earners
Tweet Like Plus Pin It Share