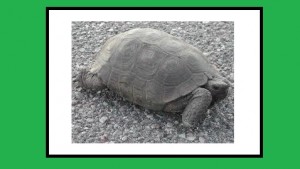 We expected the so-called “Spring swoon” to hit us around now; each year in the spring, hiring tends to slow, and this for various reasons due to the weather and the changing of the quarter and so forth. This year it hit us especially bad, with the fewest hires since September – only 119,000 hires. Why so severe? It’s a two-pronged loss inspired by a tighter fiscal policy now that the government is increasing its payroll tax and also cutting government spending by $85 billion.

“They are starting to bite and starting to weaken growth,” said Mark Zandi, chief economist of Moody’s Analytics, which produced the report from which the 119,000 figure was produced, the ADP National Employment Report, as Reuters shared.

What this means is that the government is taxing more and spending less – and this is effecting all business everywhere. Most business are hiring less than anticipated.

“The fact that fiscal policy is being tightened is preventing the recovery from accelerating into a strong one. It’s just keeping the recovery at a relatively modest pace,” said David Sloan, an economist at 4Cast Ltd.

Not only the ADP Report, but a host of others declare that the bad news really is bad news. A financial data firm, Markit, noted that U.S. Manufacturing Purchasing Managers Index fell from 52.1 to 54.6; another report from the Institute for Supply Management shows an index of expansion coming down from 51.3 to 50.7; a third report showed construction fell 1.7 down to an annual rate of $856.72 billion, the lowest since August; and fourthly, cars have been selling at the slowest rate since autumn.

Overall this amounts to telling us one thing: Spring Swoon combined with the repercussions of the Fiscal Cliff are having their way with the market, and we can only hope things nose up as we march into summer. We are at least still moving in the right direction, albeit at the slowest pace in a while. Businesses continue to hire, just not as much as anticipated.

Construction Jobs Data for Past Year Released
Let’s Get Social
Feel like getting in touch or staying up to date with our latest news and updates?
Related Posts
Latest In Work Relationships