Home  » Unemployment Down, Employment Still a Long Drawn Out Journey 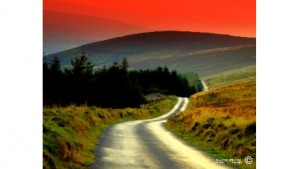 Though the report is in from the Labor Department on unemployment claims, its seasonally adjusted number of 305,000 is not fully to be trusted. It looks like we’ve hit an all time low, since the recession began, in unemployment claims, but this may be an illusory effect of California not having their house in order. California is struggling with a backlog of claims, and so may not have reported all those who are claiming unemployment benefits; and as California is the biggest state in the union, those numbers could add up. So it is preemptive to celebrate in the lowering of unemployment.

It is more reasonable to wait for next week’s monthly report on the number of jobs added, but MarketWatch is forecasting 180,000 net jobs in September, up from 169,000, which is good news, but shows, as usual, only slow gains. This slowing down of gains is due in part to the possibility of a Washington budget shut-down, now that they’ve run out of funding, compounded with the new health-care law, which kicks in October, that has made a lot of companies skittish. These bumps and bruising moments are expected to pass as the new health care law becomes a normal regular thing and of course as the government gets its ship in order regarding its budget. Job seekers are recommended as always to be hopeful, persistent, but realistic in their outlook: it’s grueling as ever to secure the work you deserve.

Faribault Experiencing Strong Employment Data
Let’s Get Social
Feel like getting in touch or staying up to date with our latest news and updates?
Related Posts
Latest In Work Relationships