Home  » If EITC Were Extended To Childless Workers, 300,000 Would Escape Poverty 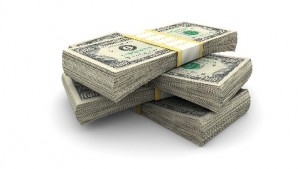 Among the worst hit by the financial crisis are young men, high-school dropouts, or those who otherwise work minimum age under the age of 25. Inflation-adjusted median earnings for male high-school dropouts dropped 10 percent from 1991 to 2011, says the Center of Budged and Policy Priorities. The non-partisan group suggests a solution,too; it backs the sort of legislation already initiated in the Senate and House of Representatives that would change the Earned Income Tax Credit (EITC), a supplement for low-income families, so that it no longer has its limits to the age of 25 for childless workers. Younger workers and job seekers could benefit.

By simultaneously lowering the eligibility to 21 and raising the maximum credit to all, it is estimated by the study that it would bring 300,000 people out of poverty.

The question to ask, necessarily, is if such tax manipulation would bring 300,000 out of poverty, who is paying for it? Someone always pays.

Yet a report by the Brookings Instituted suggested that the EITC succeed in bringing 3.1 million children above the poverty line in 2011, generating $1.50 in additional earnings per dollar spent on the program.

Different organizations suggest instead that a $10 hourly wage would again help push the country’s working poor up, but again we must ask where the money is coming from and who ultimately pays. Better paying jobs might appease job seekers, but who ultimately pays? Are we paying in an inflation tax?

Sequestration is Costing Us 1.6 Million Jobs
Let’s Get Social
Feel like getting in touch or staying up to date with our latest news and updates?
Related Posts
Latest In Work Relationships