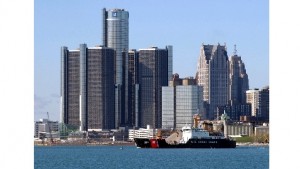 It’s finally happened: due to the financial collapse of 2009, the crises that shook the nation, and which made Michigan, for a time, the state with the highest unemployment, Michigan’s Detroit, Motor City, has fallen so deep into the hole that they are declaring chapter 9 bankruptcy, making them the largest U.S. city to do so. What this means for Detroit, what this means for Michigan as a whole, remains to be seen, but the 700,000 residents of Detroit need enough money to keep their heads afloat, the keep the city funded so it can even survive, leading them to declare bankruptcy as an emergency measure. Seeing some turn around for job seekers in the area might have required such a move.

“I know many will see this as a low point in the city’s history,” said Gov. Rick Snyder, who has approved the filing, “If so, I think it will also be the foundation of the city’s future — a statement I cannot make in confidence absent giving the city a chance for a fresh start, without burdens of debt it cannot hope to fully pay.”

The inglorious hole that is the shell of Detroit comes from the failing of the auto companies most of all, and the city, that was once the fifth most populous in the nation, has sunk from 1.8 million in the 1950’s to 700,000 now. Nearby Oakland County, meanwhile, remains one of the wealthiest counties in the U.S. Job seekers have long since left shelled out of Detroit in hopes for greener pastures, but for those who remain, tying all loose ends together and letting the city survive has been a difficult battle.

“City services we provide will not be shut down,” said City Council President Pro Tem Andre Spivey. “We’ll still be providing services, but the challenge is where we’re going to get to as we go though the bankruptcy process.”
The Utopian dream of a full economic recovery may be quixotic, but let’s hope the bankruptcy process is a nadir and not just one more step downward. Hopefully new jobs and the budding hope of spring will return there within the next few years.

Unusual Jobs that Pay a Lot
Let’s Get Social
Feel like getting in touch or staying up to date with our latest news and updates?
Related Posts
Latest In Work Relationships