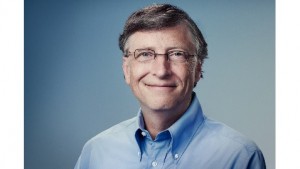 We’ve said that after the initial swoon in wealth of the rich, and the richest of the rich, the wealthiest have recovered from their tragic situation, and are as wealthy as ever, wealthier than ever. What this means, specifically, is that Bill Gates is not only the richest American for the 20th year in a row, but has become once again the richest person in the world, beating Mexico’s Carlos Slim, now that he has $72 billion. In America, Warren Buffett came in number two, having added $12.5 billion to his fortune, and Mark Zuckerberg, the Facebook brat, pumped his fortune by $9.6 billion, making the top twenty cut after missing it last year.

The rich are canny with their money, necessarily, and know how to opportunize even a difficult situation, such as the crashing of the world market in 2008’s recession, so that they had to “tighten their buckle” for only a few years. Now the 400 wealthiest Americans are worth a record $2.02 trillion, which is about the GDP of Russia: this is up $300 billion form last year, and double a decade ago, showing that wealth diversity has increased, with the highest and the lowest becoming bipolar, and less people midrange.

Most job-seekers on the market should set their sights a little lower than to take the number one spot of over $72 billion, but with persistence, and a pride in the work itself, making such a list would be exorbitant anyway.

Maintenance Mistake Tanks Nuclear Plant – 585 Jobs at Stake
Let’s Get Social
Feel like getting in touch or staying up to date with our latest news and updates?
Related Posts
Latest In Work Relationships