Home  » Feds Cheer the Rise in Gas Prices, Which Made a Big Leap, While the Rest of Us Groan 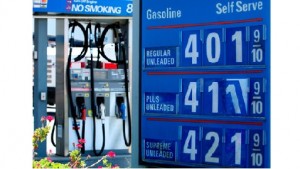 The inflation is right where the feds want it, and we have gas prices to thank for that. Gas prices have jumped 6.3 percent, the most since February. That, and a few other factors, are taking more out of America’s paychecks, but we aren’t making more. Once you adjust for inflation, June did not increase in hour earnings, after dropping 0.1 percent a month before. This cramps job seekers a bit, but seems to be on track with federal expectations.

The cost of living in the U.S. rose in June, but the amount of money we are making did not.

St. Louis Fed President James Bullard was concerned that the inflation was too low, meaning we might decline in prices and lose the bonus the recovery has given us. This brings the fed closer to projected goals that will allow them to reduce the monthly asset purchases they’ve been making to stimulate the economy.

“This is probably going to be a little bit comforting for some of the folks at the Fed who are worried about lower inflation,” said Omair Sharif, an economist at RBS Securities Inc. in Stamford, Connecticut. “Inflation’s still very subdued, still very well contained.”

Having the peculiar job of nudging the economy, this unpredictable leviathan, such feds can cheer the raise in gas prices, while the rest of us, still looking for jobs, or not making much more in the job we have, might be bewildered at such a cheer.

Feds Cheer the Rise in Gas Prices, Which Made a Big Leap, While the Rest of Us Groan by Andrew Ostler
Tags: cost of living, gas prices, inflation
Tweet Like Plus Pin It Share

If EITC Were Extended To Childless Workers, 300,000 Would Escape Poverty

World AIDS Day
Let’s Get Social
Feel like getting in touch or staying up to date with our latest news and updates?
Related Posts
Latest In Work Relationships