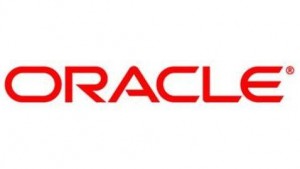 It was announced earlier this week that Oracle is moving 130 manufacturing jobs from Mexico to Oregon, according to PC World. This move is part of an increasing trend that has seen tech and other types of businesses move parts of their manufacturing operations back into the United States.

Oracle announced that it will commit to add 130 jobs and retain 300 jobs at a facility in Hillsboro, Oregon. The news was announced in a statement from Oregon Governor John Kitzhaber. The governor said that the decision by Oracle to expand its operations in the United States instead of other countries is another example of “an industry leader choosing to ‘onshore’ in our state.”

Oracle noted that it will be able to better meet customer demand by moving production of its systems and servers to Oregon from Mexico. Oregon has awarded Oracle a forgivable loan of $750,000 from the Strategic Reserve Fund aside from the $649,000 from its Business Expansion Program. The award can only be received if the company creates 130 new full-time jobs and retains 300 full-time jobs over a span of two years.

The facility in Hillsboro became part of Oracle back in 2010 when the company acquired Sun Microsystems. Some of the products being manufactured at the facility include Oracle Exalogic, Oracle Exadata, SPARC SuperCluster, Oracle Big Data Appliance and Oracle ZFS Backup Appliance.

Earlier this year, when President Barack Obama made his State of the Union address, he said that his goal is to make “America a magnet for new jobs and manufacturing.”

Just last week in Asheville, North Carolina, Obama said, “Just as it’s becoming more and more expensive to do business in places like China, America is getting more competitive and more productive.”

“After placing plants in other countries like China, Intel is opening its most advanced plant here in the United States. Apple is starting to make Macs in America again,” he said.

The chairman of Oracle, Larry Ellison, said back in May of 2012 during an interview at the All Things D technology conference that Oracle was “doing as much manufacturing in the U.S. as we can,” according to a report from Fox News.

“We are actually doing a lot of high-end manufacturing in Hillsboro, Oregon,” Ellison said. “We are doing a lot of our engineered systems there, in the U.S.”

How to Handle the Holidays if You’re Between Jobs?
Let’s Get Social
Feel like getting in touch or staying up to date with our latest news and updates?
Related Posts
Latest In Work Relationships