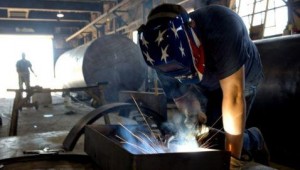 The Labor Department released its jobs report for the month of December this morning and it showed that the job market continued with steady gains during the final weeks of the year. What makes this even more interesting is the fact that employers obviously continued to hire despite the delay in approving a fiscal cliff deal, according to a story in the Washington Post.

For the month of December, 155,000 jobs were added across the country, which came close to the forecasts from analysts and consistent with job growth for the past couple of months. In December, the unemployment rate hit 7.8 percent, which saw no change from the revised rate for the month of November.

“While more work remains to be done, today’s employment report provides further evidence that the U.S. economy is continuing to heal from the wounds inflicted by the worst downturn since the Great Depression,” said Alan Krueger, the chief White House economist, in a statement Friday morning.

John Boehner, the House Speaker, said the following in a statement: “Too many Americans are still out of work and Washington has too much debt.”

The jobs report for the month of December was driven by the combination of more people entering into the workforce, totaling 192,000 people. This gain was not matched by those who reported actually having a job. In manufacturing, 25,000 jobs were added during the month and 30,000 were added in the construction industry for the month of December. Those added jobs in December could be an indicator of people wanting to rebuild along the East Coast following Hurricane Sandy.

The most jobs were added in education and health care, with an increase of 65,000 jobs. In December, 11,000 jobs were cut in the retail industry, which could have occurred because of an early Thanksgiving. The government sector dropped 13,000 jobs during the month.

Non-managerial employees saw their average workweek increase to 34.5 hours, up from 34.5 hours. Average hourly earnings increased to $23.73, which was an increase of seven cents. The report shows some hope for those still unemployed, but it should not mean that those without a job should begin celebrating at the news, but it does bring with it a glimmer of hope.

Maintenance Mistake Tanks Nuclear Plant – 585 Jobs at Stake
Let’s Get Social
Feel like getting in touch or staying up to date with our latest news and updates?
Related Posts
Latest In Work Relationships