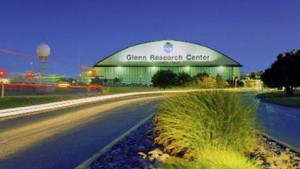 Close to 150 jobs could be lost at the NASA Glenn Research Center when the sequester cuts go into effect, according to the office of Toledo Democratic Rep. Marcy Kaptur as reported in the Cleveland Plain Dealer.

The cuts would end the research being done in cryogenic propulsion at Glenn, which would cost 10 to 15 jobs. Steve Fought, a spokesman for Kaptur, said that a sequester cut of $14.5 million will cost the center another 150 jobs.

“It appears to be a very difficult fiscal environment for NASA Glenn,” said Fought.

He noted that the cryogenic propellant transfer and storage program at NASA helps store rocket fuel at low temperatures. He said that it is needed for the agency’s long term goals and might be started again someday in the future, but not “in time to prevent it being lost to Cleveland.”

“Until now, it has been a very promising area for NASA Glenn,” Fought said.

NASA headquarters released a statement about the cuts in Glenn that said the following:

“These damaging cuts would slash roughly 5 percent from the agency’s current annual budget during the remaining seven months of the 2013 fiscal year, a loss of about $726 million from the president’s budget request. This could further delay the restarting of human space launches from U.S. soil, push back our next generation space vehicles, hold up development of new space technologies, and jeopardize our space-based, Earth observing capabilities.”

NASA cuts could be overturned is the Senate passes a temporary government funding resolution later this week, according to Fought.

“The sequester is not a smart instrument — it just ravages things in its path,” said Fought. “NASA Glenn happens to be in its path at this moment. We cannot afford this in Northeast Ohio. NASA Glenn is the point of the spear when it comes to technological development.”

“Federal agencies and federal employees in particular are under immense duress,” said NASA Glenn physicist Paul Greenberg, an officer in its International Federation of Professional and Technical Engineers union. “The sequester is a big problem.”

“Senator Brown is concerned about the potential cuts that the House (continuing resolution) could bring to NASA Glenn,” said U.S. Senator Sherrod Brown spokesman Yianni Varonis. “He prefers replacing the sequester with a mix of targeted spending cuts and revenue increases that does not jeopardize the critical work done at NASA.”

“Unfortunately, the Administration has shown no willingness to reform our important but unsustainable entitlement programs so the spending reductions are unfairly distributed, and defense in particular is hit disproportionately,” U.S. Senator Rob Portman spokesperson Caitlin Dunn said. “Senator Portman would like to give the Administration the flexibility to make the tough decisions necessary to prioritize programs and make sure the cuts are made with a scalpel, not a meat cleaver.”

Close to 400 New Jobs in Laurens County, Georgia
Let’s Get Social
Feel like getting in touch or staying up to date with our latest news and updates?
Related Posts
Latest In Work Relationships