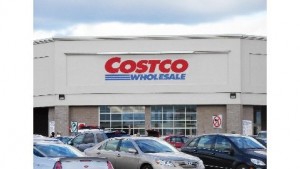 Companies like Kmart, Wal-Mart, and Target have decided to bank on a preemptive Black Friday by starting their sales during the feast, in effect profiting by disrupting the American Holiday of Thanksgiving which was inaugurated to bring families together to celebrate their gratitude. As both jobseekers and workers know, having to work on the holiday is one of the deepest insults a business can give.

Therefore, shop instead at BJ’s and Costco. They will be closed Thanksgiving. Not only do they want their own employees, who work hard during the holidays, to have some much deserved time off, but they want their customers to, if they so choose, focus on family togetherness, and not anxiously wonder whether they are well-prepared to get deals for the next major holiday, Christmas.

“There is a PR benefit to holding out, just as there’s a PR benefit to opening early,” said Roger Beahm, a marketing professor at Wake Forest University, as the Huffington Post reported, “We know that there is a consumer backlash to this.”

Costco can both act on principle and yet make a savvy business move at the same time. The hope of course is for capitalism and family values to work together, not against each other. The Christmas season does a lot for the economy. But when corporate greed attacks the holidays, that is the time for job seekers and workers to boycott. So boycott Target, Wal-Mart, and Kmart, and prefer businesses such as Costco’s and BJ’s.

The Highest and Lowest Earners in the U.S.

More Jobs Coming to Kansas this Month
Let’s Get Social
Feel like getting in touch or staying up to date with our latest news and updates?
Related Posts
Latest In Work Relationships