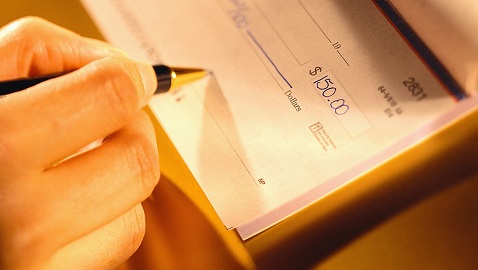 Not paying workers employed in similar positions the same wage could possibly violate the Equal Pay Act (EPA) or Title VII of the Civil Rights Act or even the Elliot Larson Civil Rights ACT (ELCRA). A former employee of Haworth, Inc., a manufacturer of office equipment, claimed a violation of all three, as she was allegedly paid less than some of her male co-workers.

The woman was hired by Haworth in 1995 as a CRT Plant Clerk at its Michigan facility. She had no previous supervisory or manufacturing experience. She was promoted in 1996 and promoted again the following year. When she began, she was earning $15,600, and by her second promotion, her annual wage had nearly doubled to $30,000. She claimed she was told that earning a bachelor’s degree would help her advance at the company, so she pursued a degree in 1999, working part-time as an Office Coordinator. Her salary continued to increase as she moved back to full-time.

Another promotion to Coordinator II followed, as well as a seven-percent raise. To aid in advancement, the plant manager suggested that she shadow a seven-year Production Supervisor II. That same supervisor, shortly thereafter, announced his retirement. Before he retired, the man was making over $68,000 a year. Haworth posted the job for a Production Supervisor IB – a grade for someone with fewer credentials and a lower wage, but posted as such to increase the number of potential candidates. The woman applied and was hired, starting at $39,000, which was another seven-percent bump in her paycheck.

She worked without incident for about a year-and-a-half, at which point she learned that a male Production Supervisor was making more than $50,000. He had served as a Production Supervisor IA – a higher grade than IB – for three years before being promoted to II. She complained to the plant manager and was later informed by the Operations Team Manager that the male worker made more because he came “from the outside.” She was “increasingly unhappy” after hearing the unsatisfactory answers, and, following an unrelated employee disagreement a couple of months later, she left for lunch and never returned to work.

The district court granted summary judgment in favor of Haworth, believing that the company’s consideration of supervisory and manufacturing experience was legitimate. On appeal, however, the woman asserted that the district court “ignored” and “failed to comprehend” apparent inconsistencies in the company’s reason for wage differences. Appellate judges noted that the company “maintained” its defense that the male employee earned more because he had over five years of experience, which was consistent with the manager’s informal “from-the-outside” clarification.

The plaintiff further alleged pretext and that Haworth negated its own pay policy, which implied that similar positions have similar wages. But the appeals court viewed the policy as one that took into account an individual’s credentials in determining a wage and stated that overlooking credentials “would defy common business sense and the language of the policy itself.” Finally, the plaintiff claimed that both of the men – the worker and retiree – having more experience simply wasn’t true, but her lack of supervisory experience was undisputed.

The facts and arguments were the same for all three claims, and accordingly the appeals court affirmed the district court’s dismissals across the board.

Click here to find out which Manufacturing jobs are available in Michigan.