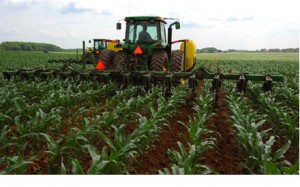 The state of Washington has released its newest report on the Agricultural Workforce, according to The Yakima Herald.

The report said that farmers in the state spend more for labor than farmers from other states. For the year 2011, Washington labor expenses were 20 percent of the agricultural production expenses. For the same year, the percentage was 12.4 across the country.

The product that paid the best is that of wheat. Workers in the wheat sector were paid $16.17 per hour. Potato farmers and animal production support employees followed suit for 2012. The lowest average wage belonged to apple farmers, with an average hourly wage of $12.65.

In 2012, there were an estimated 44,000 seasonal workers hired in Washington. Of those, 14,000 were hired in Yakima and Klickitat counties. The entire report can be found at the government site for the state of Washington.

Humboldt County, California Seeing Employment Rebound
Let’s Get Social
Feel like getting in touch or staying up to date with our latest news and updates?
Related Posts
Latest In Work Relationships