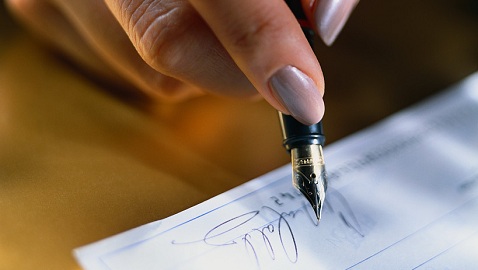 A woman performing essentially the same job duties as a co-worker was being paid less. She alleged that the discrepancy in pay was racial discrimination and sued her employers.

The woman, who is black, worked for the Board of School Commissioners of Mobile County in Alabama. She was a utility worker in the Transportation Department and took over for a co-worker on maternity leave, handling primarily clerical duties. She continued working the same tasks when the co-worker returned. From 2002 to 2007, she was classified and paid as a utility worker but mostly covered duties of a clerical nature.

In 2003, the woman requested reclassification to a higher paying position, as had been done for the aforementioned co-worker, a white female classified as a Mechanic III. The position of Transportation Clerk was created that same year, but it was not offered to the woman, despite the fact that she was performing the same duties. The co-worker took a required typing test for the Transportation Clerk position. She failed, but the typing test was waived by the HR Director. She was not hired for the job and eventually took another position.

The woman was told that she couldn’t take an open Mechanic III position because the State required a state-certified mechanic, though the co-worker had not been qualified. She was likewise informed that she couldn’t apply for the Transportation Clerk position in 2007 because she, like her co-worker, had failed the typing test. Unlike her co-worker, the test was not waived, as the HR Director stated that he was no longer granting waivers as he had previously done.

After filing a complaint with her union, a grievance and a charge with the EEOC (Equal Employment Opportunity Commission), the woman took her case to court, alleging disparate wages based on race in violation of Title VII of the Civil Rights Act and federal laws under the U.S. Code. The Board made a motion for summary judgment, which was granted by the district court, which accepted the Board’s reason for the pay discrepancy as legitimate and nondiscriminatory.

The woman had shown that she and her co-worker were similarly situated, so the issue for the appeals court was whether she had raised a “genuine issue” of pretext. The Board claimed an adherence to policy as to why it wouldn’t reclassify the plaintiff’s position or waive the typing test. The woman first argued that making the co-worker a mechanic, despite her lack of qualifications, shows that the Board was willing to circumvent policy. But that was in 1997, six years prior to the plaintiff, and determined separately by two different supervisors, so judges saw no inconsistency in policy enforcement.

For the test waiver, however, the appeals court had another opinion. The plaintiff noted that the Board had no citation regarding its decision to not grant waivers – the record only showed that the HR Director told the department supervisor that he had stopped granting waivers. Judges believed a jury might see possible discrimination with that decision.

Accordingly, the district court’s ruling was affirmed in part, but was vacated and remanded with regard to the typing test waiver. Judges recommended any recovery of disparate wages from the time the test was “pertinent” in 2006 to July 2007, when the plaintiff’s job duties were reclassified.

Where can you find the most HR Director jobs? Click here.

Employee Sues for Being Paid Less Than Co-Worker, Alleges Racial Discrimination by Harrison Barnes
Tags: civil rights act of 1964, lawsuit, racial discrimination, salary, us court of appeals
Tweet Like Plus Pin It Share

Top 10 Most Popular Granted Employer Articles of 2017
Let’s Get Social
Feel like getting in touch or staying up to date with our latest news and updates?
Related Posts
Latest In Work Relationships