Home  » Mixed News in Regards to Employment Report for Indiana 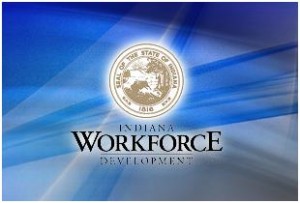 Even though the unemployment rate in Indiana is at its lowest point since September of 2008, House Minority Leader Scott Pelath said that officials need to “take a longer look before gushing praise.”

The most recent report from the Department of Workforce Development shows that the seasonally adjusted unemployment rate in the state dropped by 0.4 percent in January to 6.4 percent, according to the Indianapolis Business Journal. The rate is 0.2 percentage points below the national average and it is lower than all neighboring states.

“Every Hoosier should be encouraged by today’s unemployment numbers, which show the largest one-month drop in unemployment in 20 years,” Gov. Mike Pence said. “Indiana’s rate is now lower than the national average, and our labor force and population continue to grow.”

In January, the manufacturing sector saw an increase of 4,600 jobs, which was good for the most in the country. There were also 7,100 private sector jobs lost in the month. This left the state with a net job loss for the month of January of 2,500 jobs.

“While others may gush about ‘the largest one-month drop in unemployment in 20 years,’ I look at the report and find myself wondering many things,” Pelath said. “These disparities only serve to heighten the concern that many of us have about the so-called ‘job creation’ engine that the governor, his administration, and his super-majorities like to tout so often.”

One of the major points on the agenda of Governor Pence was lowering the business personal property tax.

“With this legislative session’s accomplishments in cutting the corporate income tax rate, giving counties new tools for reforming the business personal property tax, and offering new opportunities for career education and retraining, we continue to work hard to ensure the future economic prosperity of our state,” Pence said.

Job loss across the country was partly blamed on the incredible amount of severe weather, according to the U.S. Federal Reserve. Construction, trade, and transportation and utilities lost 9,000 jobs in the month of January in the state.

Pelath does not think that the severe weather explanation is enough.

“People can talk about seasonal adjustments all they want, but I continue to be concerned about the raw employment and unemployment numbers,” he said. “Those tell me who has a job and who is able to take care of their family.”

Pence agrees with Pelath, saying that work still needs to be done.

“Amidst this good news, we know that unemployment numbers are not a complete measure of the health of the economy,” he said. “Too many Hoosiers are still struggling, which is why we need to continue pushing to improve Indiana’s economic climate, to attract more jobs, and to make sure Hoosier workers have the skills they need for the jobs of the future.”

Where can you find the most manufacturing jobs? Click here.

Mixed News in Regards to Employment Report for Indiana by Jim Vassallo
Tags: employment in Indiana, Indiana employment, Indiana unemployment
Tweet Like Plus Pin It Share

Alternative Job: One Treasure Hunting Family Strikes it Rich
Let’s Get Social
Feel like getting in touch or staying up to date with our latest news and updates?
Related Posts
Latest In Work Relationships