A $4.6 million expansion has been completed by Genesis Systems Group with a new factory that is bringing new jobs to the Davenport, Iowa, region, according to KWQC.

The company said that the new facility will offer quick delivery of products by getting rid of the middleman. They also said that they will be able to fulfill orders within one week instead of five weeks.

Harlan Neumann is an employee of the company. Neumann said, “We make things that make things.”

Joe Lorentzen, the CEO, said, “Anything that has formed metal and formed materials, we serve. We want to be the fastest in the world.”

There are 35 new employees at the factory and half of them were hired recently. The CEO also said that more employees will be hired in the near future.

“We’re going to hire to satisfy our new business as we’re achieving it,” he said.

Alderman Barney Barnhill said, “We’ve had 120 ribbon cuttings this past year, and that’s huge. When we have corporations and businesses that are willing to do that, and even little ma and pa type of things, it’s showing that Davenport is the place to do business.”

The company could not say how many new jobs would be added. There are 170 employees at the company right now, with 75 percent of them from the Quad Cities region.

“The Quad Cities is a great host community for us, and for companies like us, and it’s because of the basic raw material of the people that are here,” Lorentzen said.

Neumann has been with Genesis since 1990.

“The majority of our technician pool and manufacturing personnel are from the Quad Cities Area,” he said. “We tend to advertise our positions even in the Detroit area for instance where there are a lot of robotic engineers. We want people to have that Midwestern attitude.”

For latest job openings in Davenport, Iowa keep visiting this page on Granted.com 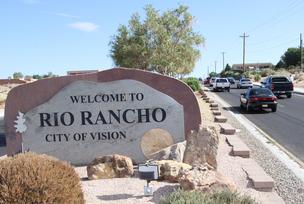 Centene Corp. Chooses Ferguson as Location for New Claims Facility
Let’s Get Social
Feel like getting in touch or staying up to date with our latest news and updates?
Related Posts
Latest In Work Relationships