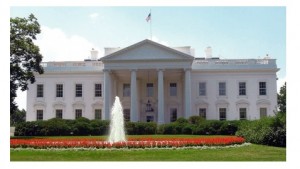 The US government has a budget surplus of $116.5 billion this June, the highest in five years, and this due mostly to the spending plunge and tax increases due to January’s “sequester.” This sequester, the answer to the so-called “fiscal cliff,” has cut government spending and increase income tax, especially among the rich.

Not that the rich aren’t being pampered. Ben Bernanke, Fed Chief, made investors coo and gurgle like infants with a bottle when he said the Fed will continue to artificially stimulate the economy with the central banks stimulus programs. This “easy money policy” lets investors ease up on their investing, policies which is supposed to be helping the economy – though, notably, those playing the market are rich to begin with, and the increase in jobs is noticeably a downshift, with less middle class, more poor saps working at Wal-Mart. Many continue to look for their ideal job in a difficult market.

“The Federal Reserve is the great enabler,” said Patrick J. O’Hare, chief market analyst at Briefing.com, as reported by the Los Angeles Times. “Mr. Bernanke gave it another hit of positive euphoria with a clearer message that the Fed’s in it for the long haul and investors need not fear a rise in rates at the Fed’s hand.”

The effectiveness of the sequester combined with the effectiveness of artificial stimulation of the economy, in an anti-laissez faire trajectory, does seem to be contributing, or at least not inhabiting, the opening of new jobs, as more and more people enter the market.

Faribault Experiencing Strong Employment Data
Let’s Get Social
Feel like getting in touch or staying up to date with our latest news and updates?
Related Posts
Latest In Work Relationships