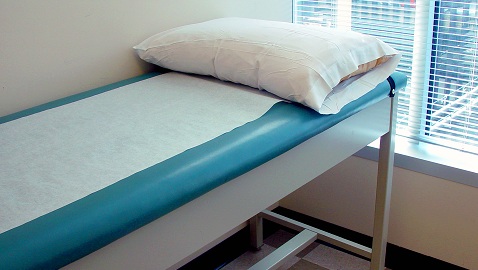 A patient care technician working for St. Luke’s Dialysis, LLC, which runs a kidney dialysis center in Ohio, was fired for threatening a patient. The employee, an African-American woman in her fifties, claimed that the threat was merely a pretext to discriminate against her based on her age, gender and race.

The woman was hired by St. Luke’s in 1999. In September 2009, an administrator overheard her asking a patient if he/she was bleeding on the floor without telling her and saying that she “should slap [the patient] in the head.” Though the technician claimed that she was joking, she was terminated that same day for making what was perceived as a threat.

The district court believed that the plaintiff had not adequately proven her case, but even with proof, had not shown a “genuine dispute” in alleging that her firing was pretextual. Appellate judges noted that the woman’s gender, race and age placed her in protected classes with reference to the discrimination claims. But she also had to show that employees outside of protected classes and in similar situations were treated more favorably.

The plaintiff cited two white employees, a man and a woman who were both more than twenty years younger. She asserted that the woman had used profanity in patients’ presence, worked while hungover, had not shown up for work on five occasions and had discussed using physical violence on a patient. The man had likewise used profanity, missed work and threatened a patient. These two workers, however, were not in the same situation as the plaintiff. The female’s threat was in a lunchroom, without the patient being present and a day after contact with the person – as opposed to the plaintiff speaking the threat directly to the patient. In a similar vein, the plaintiff was unable to show that the man’s threat had ever been made aware to a supervisor.

With regard to age discrimination, the plaintiff could not sufficiently prove that a female employee twenty years her junior was the person who replaced her. Her attempt to prove pretext included citing that no investigation had taken place, but, as judges pointed out, the fact that she had admitted to making the comment rendered such an investigation moot. Furthermore, she contradicted herself by suggesting that a supervisor fired her to “cut costs” – a wholly different reason for the termination than discrimination.

Unable to find validity in any of the woman’s arguments on appeal, the appeals court affirmed the judgment made in favor of St. Luke’s.

Home Depot Sued by Two Former Female Employees for Sexual Discrimination
Let’s Get Social
Feel like getting in touch or staying up to date with our latest news and updates?
Related Posts
Latest In Work Relationships
BCG FEATURED JOB