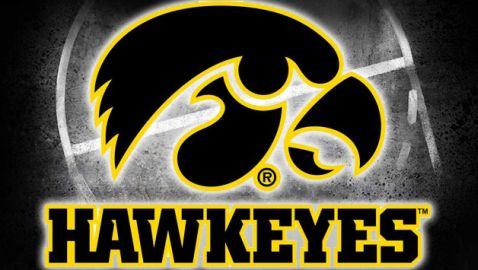 Records were released on Monday that show a former University of Iowa athletics department counselor who was the center of a sexual harassment scandal was rehired at the school in 2002 despite being fired from another school for his performance and that he previously worked at Iowa. The news was broken by The Times-Standard.

The person at the center of the controversy is Peter V. Gray and the school released over 2,000 pages of documents related to Gray. Gray was the associate director of athletic student services prior to resigning very quietly in November. Gray was accused of sexually harassing students and athletes in an internal university report. He was accused of improper touching and it occurred during his first stint with the school from 1993 to 1995.

The report from the school also discovered that Gray had sexual photographs on his computer and even traded football tickets to a person outside of the school for nude pictures. Gray’s supervisor, associate athletic director Fred Mims, has been reassigned and the athletics department has been reorganized. An audit of the department has also been ordered to investigate what exactly happened and to review the department’s policies on hiring.

Last week, the president of the Iowa Board of Regents said that this case proved to the school that it had failed to implement a policy that requires employees to be trained so they can quickly respond to sexual harassment claims.

In the records released Monday, the only thing found is the fact that Gray was the center of an investigation by the Office of Equal Opportunity and Diversity at the school. The investigation began this past October. Towards the end of October, Gray submitted his resignation from the school, which took effect on November 5. In his resignation letter Gray asked his colleagues “that we not speculate on his resignation and in time he will inform us,” according to an email Mims sent to employees.

“It is an unfortunate situation but we will be making some internal changes to address Pete’s resignation,” Mims wrote.

The school has refused to release the resignation letter penned by Gray or other documents associated with the investigation. The school said that those items can be withheld as confidential personnel documents according to Iowa law. Gray has yet to comment on the issue.

In 2002, Gray defeated 27 candidates to be hired as Iowa’s associate director of athletics student services. That position put him in charge of academic and counseling for the school’s athletes. Mims told the school’s director of affirmative action that Gray would bring experience to the job in a report. Mims never mentioned that Gray worked for the school from1993 to 1995 or what caused his departure from the school.

“His experiences exceed those of other candidates and his knowledge of Big Ten and NCAA academic progression standards will allow him to make a smooth transition,” Mims wrote.