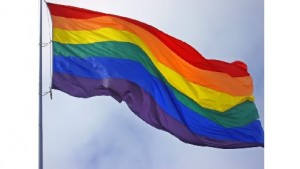 Now that the Supreme Court has struck down DOMA, or part of it, many questions are being raised regarding what rights homosexual couples have if they live in states that don’t recognize gay marriage. Same-sex marriages are still a matter of state legislation, but the decision in the Supreme Court legislates that same-sex married couples be treated the same as other spouses under federal law, with tax, health care, and so forth. If a company is nationwide, having employees in various states, how it is to have consistent coverage for homosexual marriages? Are states that do not recognize gay marriage expected to pay benefits and so forth as if they did? How are employers to determine the coverage to give?

“What is the federal government going to do when you have a valid marriage in New York and the couple moves to Texas? We don’t know the answer to that,” said Scott Macy, president of the ERISA Industry Committee that represents large employers, as reported by Yahoo News.

“My members are all across the country,” he continued, “Most, if not all of them, would prefer to have a consistent rule across the country. They don’t want to worry about changing things from state to state.”

Such wide-stretching changes in law as the Supreme Court seems to legislate call for wholesale revisions of how businesses and employers handle the distribution of benefits. But too many questions are left unanswered, and further legislation is required to make the issues clear.

One possibility for the Obama administration is to legislate that federal benefits apply to all spouses of homosexual marriages, regardless if the state they live in recognizes the marriage. The Supreme Court left many of the stipulations of its decision to be worked out by the IRS and other federal agencies – so the repercussions of the decision will be slow in coming. For those seeking jobs, should they look in gay-sympathetic states, or seek jobs nationwide?