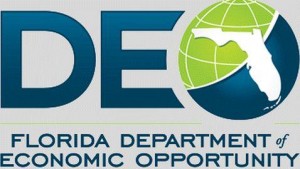 Florida Governor Rick Scott created the Department of Economic Opportunity just 18 months ago and now it has been announced that another official at the agency is leaving, according to The Miami Herald.

The agency’s Director of Community Development, Tom Beck, has left his post to join the Department of Environmental Protection. The agency confirmed that he will be replaced by William Killingsworth, who used to be a planning official for the City of Jacksonville.

Since the agency began operating towards the end of 2011, it has seen five different directors, two interim and three permanent. The following is an incomplete list of some officials who have left their positions with the agency in the previous year or more:

From the Miami Herald, a letter to the DEO team from the department:

I have some exciting news to share.  Tom Beck, who for twenty-three years has made a tremendous contribution to DEO and DCA, has decided to lend his talents to the Department of Environmental Protection as its new Director of the Office of Water Policy.  This is a loss for DEO, but a gain for the people of Florida, as water policy is a critical area to which Tom will bring wisdom and experience.  Please join me in wishing Tom every success at DEP and in thanking him for his many years of faithful service to DEO and DCA.  Tom’s last day at DEO will be February 15, so if you see him in the halls between now and then, please be sure to congratulate him.

I am also pleased to announce the appointment of William “Bill” Killingsworth to the position of Director of the Division of Community Development. Bill comes to us from the City of Jacksonville, where he has worked for more than twenty years. In his past experience he has served as the Director of the Planning and Development Department, the Chief of Community Planning, as a Principal Planner, GIS Manager, Senior Planner, Planner, and Assistant Planner. Bill is a University of Florida graduate who is certified as an Economic Development Finance Professional and is a member of the American Institute of Certified Planners. Bill will start at DEO on February 25. Please join me in welcoming Bill to the DEO team!

Crozer-Keystone Health System Laying Off 250 Employees
Let’s Get Social
Feel like getting in touch or staying up to date with our latest news and updates?
Related Posts
Latest In Work Relationships