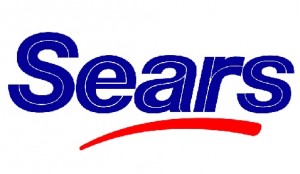 Not everybody is thriving in the sunny 2013 market. Sears Holding, for one, is doing worse than expected, and the future of the store is by no means clear. Though a hedge fund billionaire helped orchestrate Kmart’s escape from bankruptcy, and then helped merge them in 2005, with Sears, the dynamo hasn’t worked, and it seems instead that a range of factors are colluding to prevent the store from making any great new growth or hires.

They’ve been sagging since the merger, which was an $11 billion deal, but this last quarter went worse than predicted, as it fell 12 percent to $51.41 in heavy trading.

Part of the problem is that we’ve had a frigid spring: fewer people are buying lawn chairs and seasonal clothing. In fact, if you consider a metric that drops out lawn goods and garden products and such, Sears hasn’t had a 2.4 percent drop in domestic business, but actually bounced a bit to 0.3 percent. Their clothing gains persist in doing better for seven straight quarters. This last bit may be due in part to the competition’s CEO Ron Johnson’s attempt to remove discounts from JCPenney, a plan that ultimately backfired, giving a bit of a bonus to Sears. Now that JCPenney has their former CEO back in the saddle, Sears might face some tougher competition, and there may be less hires.

Meanwhile, things are achy for Sears. Their primary customer base, middle-earners, have been suffering a bit under the new payroll tax. Meanwhile, their CEO Louis D’Ambrosio stepped down due to a family illness, and his replacement Eddie Lampert may be struggling a bit from lack of experience. These little factors have combined to make Sears teeter consistently each quarter, with an especially deep fall this last one. Ruthless competition from rivals Wal-Mart, Target, and other stores contribute to their precarious situation.

“Sears is becoming more irrelevant by the day,” said Brian Sozzi, CEO and chief equities strategist at Belus Capital Advisers. One of the most common complaints against the store is that they are not doing more to make people want to shop there in the first place: Sears, so what?

Whether the store can turn itself around and generate some of the profits and new hires they’ve been hoping for will be clearer as the economy as a whole starts to perk up. It has been suggested that the store needs to work more to stand out now that it faces such stiff competition.

Humboldt County, California Seeing Employment Rebound
Let’s Get Social
Feel like getting in touch or staying up to date with our latest news and updates?
Related Posts
Latest In Work Relationships