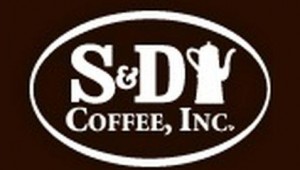 The Governor of North Carolina, Patrick McCrory, announced on Monday that a company was expanding, bringing jobs to Cabarrus County. The company, S&D Coffee, is expanding its presence in Concord. The company is privately-owned and it manufactures and distributes coffee, tea and other beverages. Over the next five years, the company plans to add 200 jobs and invest $97 million in the area, according to WBTV.

Grants to the project came from the Job Development Investment Grant and the One North Carolina Fund award. S&D Coffee was founded in 1927 in Charlotte and it started by providing grocery stores in the region with fresh roasted coffee. Now, the company offers its customers lattes, specialty coffees, hot chocolates, cappuccinos, hot tea, iced tea, syrups, juices, condiments and toppers. Offices, hotels, restaurants and vending machines are supplied products by the company.

“Our business continues to grow and expand at a time when many companies have struggled” said Ron Hinson, chairman of the board, president, & CEO of S&D Coffee and Tea. “We considered locations in other states for this new round of expansion, but decided to stay in North Carolina and the Concord community. We thank the state of North Carolina, Cabarrus County and the city of Concord for their tremendous support. It seems fitting that S&D’s bright future as a premier national manufacturer should advance in the same community where we have been since 1929.”

The headquarters for S & D Coffee has been in Concord since 1929 and has become of the largest employers in the city. There are 613 employees working in seven sites across the state. The company’s sales have grown by 400 percent over the past 10 years because of significant gains in market share. According to the company, the average wage for the new positions is $36,311. This can be compared to the average wage of Cabarrus County, which is $32,292.

The One North Carolina Fund has awarded S&D Coffee a grant of $300,000 to help facilitate the expansion of the company. S&D Coffee was also awarded a grant by the Economic Investment Committee. That grant is the Job Development Investment Grant, which is awarded to new and expanding businesses and projects whose benefits exceed the costs to the state and would not occur in the state without the grant.